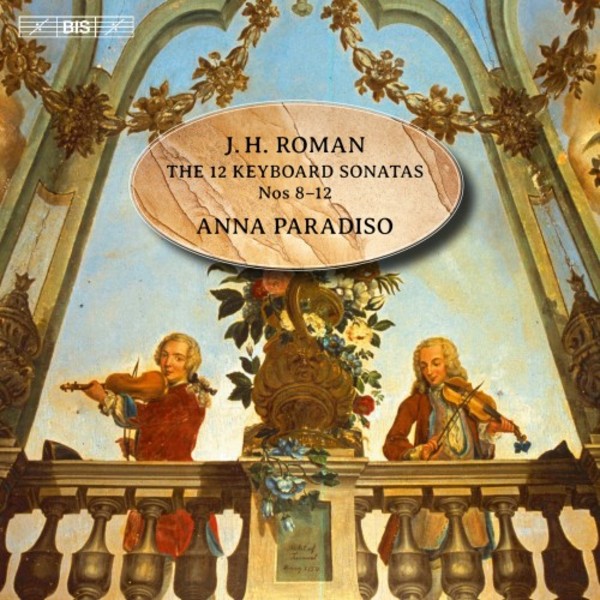 Sonata no.2 in C major

Sonata no.2 in C major

The music of Johan Helmich Roman, often called the father of Swedish music, owes as much to Italy  specifically Naples  as it does to Sweden: the restlessness of the harmonic idiom, the continuous melodic shifts and the theatrical character. Considering the distance between Stockholm and Naples, this might seem far-fetched, but we know that Roman encountered a number of Italian musicians while studying in London 1716-1721, and when in the 1730s he was able take a two-year sabbatical from his post as Kapellmeister at the Royal Court, his goal was Ischia near Naples.

Romans collection of Twelve Keyboard Sonatas was preserved in a manuscript assembled around 1748, but had most likely been composed in the course of the two decades before that. (One movement in Sonata III is labelled a Napoli, placing it in the autumn of 1736.) Consisting of between three and seven movements, the pieces have been referred to both as suites and sonatas. Whatever the label, the collection is a fascinating testimony of a period of great stylistic diversity and change. In these recordings, Anna Paradiso emphasizes this aspect, performing the sonatas on three different instruments  a French and an Italian harpsichord and a copy of a Swedish clavichord from 1742  with well-judged ornamentations and use of rubato.