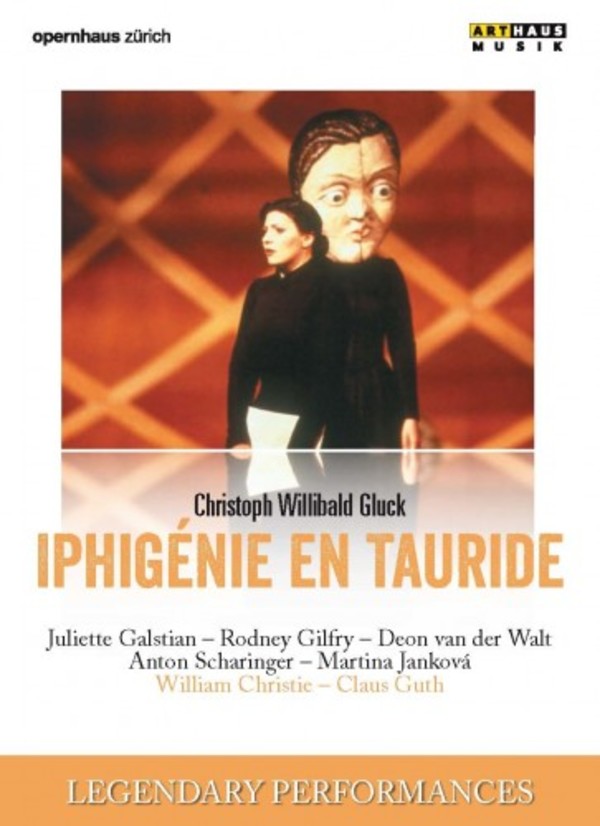 Glucks wonderful but neglected 1774 opera Iphigénie en Tauride, inspired by the Greek legend, is treated with forceful and convincing simplicity in Claus Guths revolutionary production staged at the Zurich Opera House. The psychological drama in a tense atmosphere of fears and traumas is underlined by Guths use of huge masks and enclosed spaces. Conductor William Christie and his typically transparent but never cold orchestral sound perfectly match the descriptive elements in Glucks score, while the Armenian mezzosoprano Juliette Galstian as a fabulously good Iphigénie, the leading American opera baritone Rodney Gilfry as Oreste and the late South African tenor Deon van der Walt as Pylade head a superb cast.

Live from the Zurich Opera House, 2001