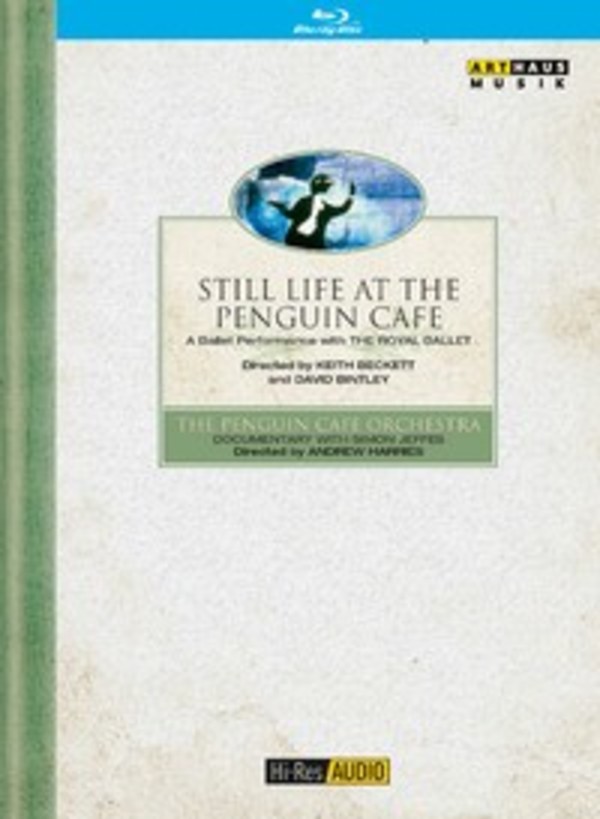 Still Life at the Penguin Cafe
A ballet performance with the Royal Ballet, 1989
Directed by Keith Beckett and David Bintley

The idiosyncratic music and imaginary world of Simon Jeffes, founder of the Penguin Cafe Orchestra, prompted David Bintley to create this ballet, set in a café where penguins resemble people and people resemble penguins. Here, an exuberant cabaret is presented by a succession of exotic creatures. The inventive and amusing choreography, enlivened by Hayden Griffin's ingenious sets and costumes, also highlights the plight of the world's endangered species. It was recorded in the studio.

The most cheerful and amusing new ballet at Covent Garden for well over a decade. - The Times

Under its leader and composer Simon Jeffes, this ensemble has been making its own idiosyncratic brand of music since the mid- 1970s, drawing on classical and avant-garde sources, as well as pop, folk and ethnic forms, with instruments ranging from the piano, cello, violin and drums, to the ukulele, electric guitar and penny whistle. A studio recording of performances by the PCO is punctuated with interviews in which they discuss their original and eclectic style.

This series of Hi-Res Audio releases features the pure sound experience of studio master tapes, available digitally for the first time in their uncompressed form. The 24 Bit resolution with 192 kHz sampling rate enable a whole new way to listen to the original.