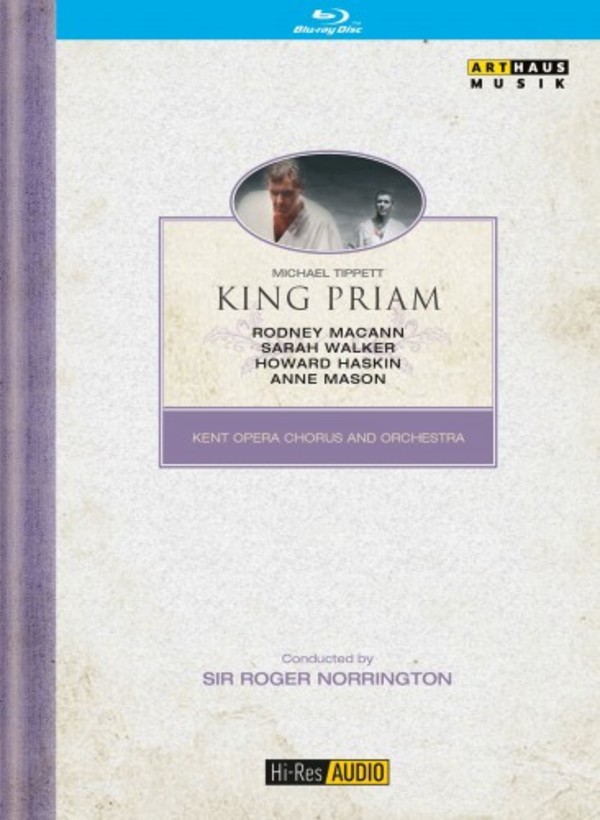 In Michael Tippetts King Priam the re-telling of part of the original epic legend of Troy follows the Homeric characters through their love, loyalties and vengeance  leading to the final slaughter of King Priam at the altar of his burning city. The opera also speaks of the inevitability and futility of war.

This series of Hi-Res Audio releases features the pure sound experience of studio master tapes, available digitally for the first time in their uncompressed form. The 24 Bit resolution with 192 kHz sampling rate enable a whole new way to listen to the original.