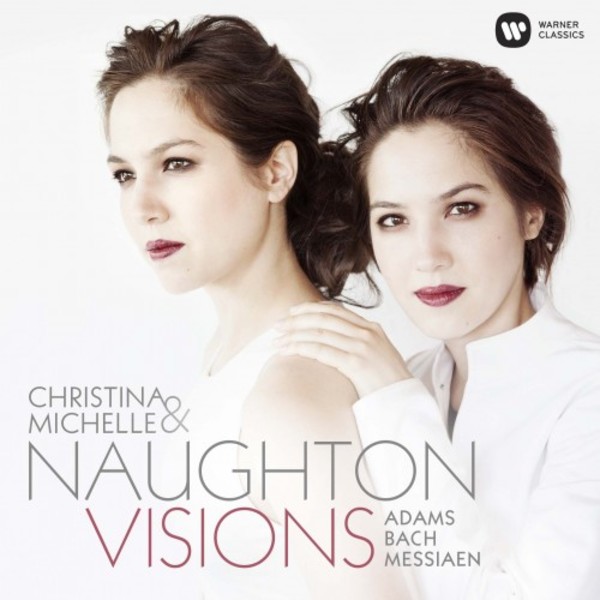 Christina and Michelle Naughton are piano-playing twins  each a prizewinning alumna of two of the most prestigious conservatories in the United States, the Curtis Institute and the Juilliard School. They launched their professional careers as a piano duo in 2010 with debuts at two of Americas most prestigious venues  the Kennedy Center in Washington and the Mann Center for the Performing Arts, where they performed with the superb Philadelphia Orchestra. They are now well-established in the US, while in Europe they have appeared at the Berlin Philharmonie, the Herkulessaal and Philharmonie in Munich, Zurichs Tonhalle and the Festival of La Roque d'Anthéron in France.

Christina and Michelle were born in Princeton, New Jersey and raised in Wisconsin. Their mother began teaching them piano at the age of four, but it was only when they were 18, and invited to play a concert as a duo, that they officially became a performing ensemble.

Our relationship is based on the joy of experiencing and learning things together, says Christina, and that's what we feel is intrinsic to the musical dialogue that comes forth in our performances. Michelle explains that: We always have been and still are the biggest source of support for each other in our musical lives. For us, the exploration and preparation of each note is just as enjoyable as the performance. Our intuition of each other has deepened over the years because of intense rehearsal. Even as twins, it is certainly something that doesnt 100% come naturally.

As kids, when one of us would struggle with a particular musical concept, the other would be right there to help out, continues Christina. Because of the intuition we have developed, we no longer have to verbalize a lot of our rehearsing, almost as if we have a secret language. Onstage, we are able to spontaneously communicate and feel free. Michelle takes up the theme: I definitely think our shared experiences growing up led to us develop our own language. There are many instances both onstage and off where a simple glance at one another will convey more than what would normally be expressed in multiple sentences in typical one-on-one interactions!

Summarizing the music on Visions, Christina says that: All of these pieces express joy, and each in a very different way. Of course the joy in the Messiaen stems from his deep faith. He wrote this piece after his time in a prison camp, and the fact that he was able to write something with so much color and hope after such a dark time makes it all the more uplifting. The Adams work is an extraordinary expression of in the moment joy, written in a fresh and modern idiom.  It is a masterpiece! As for the Bach, continues Michelle, the joy he brings in this short work is not so much a happy-go-lucky joy, but a joy that stems from a deep sense of peace. He wrote it for a funeral service, some say for his relative, so you would think it would be depressing. But instead, Bach titles the piece God's time is the best time, and Bach's strong belief in this comes through in the music ... Music is really a journey into the human soul. It speaks to all, young and old. As performers, our mission is to delve into the depths of the composers soul and attempt to touch the souls of our present-day audience in the hope of mysteriously uniting us all. Music reveals all that makes us human.

Four years after their impressive debut release on Orfeo, the twin-sister piano duo Christina and Michelle Naughton begin a relationship with Warner Classics on an audacious note, or, more accurately, in a veritable avalanche of notes via Messiaens Visions de lAmen. After all, this is a challenging work packed with textural thickets and deceptively tricky rhythms, yet few duos can resist its potential for sonorous splendour and wide ranging tone-colour. Just about everything comes together in this recording. ... György Kurtágs four-hand arrangement of Bachs Gottes Zeit ist die allerbeste Zeit follows as a welcome palate cleanser ... Lastly, John Adamss Hallelujah Junction features nicely pointed canonic interplay and discreet pedalling, qualities that bring out the musics inherently balletic nature. Clear and carefully balanced engineering further seals an enthusiastic recommendation.  Jed Distler
Gramophone May 2016