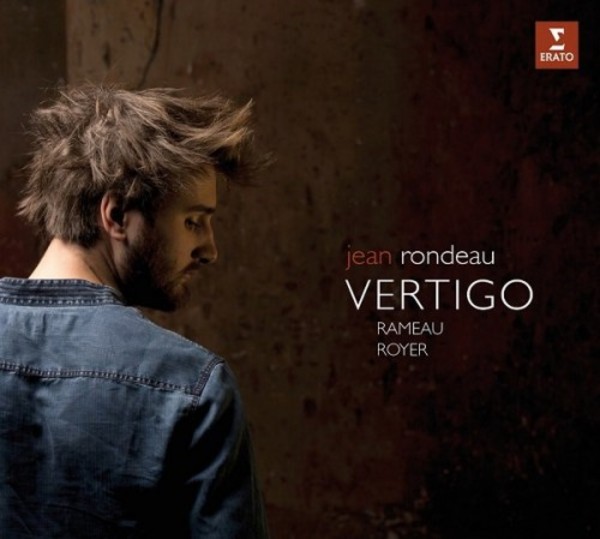 Frances leading young harpsichordist performs works by two masters of the French Baroque. No surprises there, perhaps  but the harpsichordist in question is Jean Rondeau and the album is called Vertigo. It conceives the harpsichord in vividly theatrical terms.

In November 2015, Rondeau was named Solo Classical Instrumentalist of the Year by the Académie Charles Cros when he received its Grand Prix, Frances most prestigious award for classical recordings. That was for his first Warner Classics album, Imagine, which he described as an exploration of all the possibilities that lie in the music of Johann Sebastian Bach and in the harpsichord. BBC Music Magazine clearly enjoyed the discovery, saying: Rondeau is a natural communicator, unimpeded by the imperative to score academic points  Make no mistake  this is an auspicious debut.

Vertigo takes its name from a dramatic, rhapsodic piece by Joseph-Nicolas-Pancrace Royer, who, along with Jean-Philippe Rameau, forms the focus of this album. If Rameau (16831764) is the better-known composer today, especially admired for such operatic masterpieces as Hippolyte et Aricie and Platée, the younger Royer (17051755) was also a major figure in his time, rising to become master of music at the court of Louis XV. Both Rameau and Royer excelled in keyboard music and in works for the stage. As Jean Rondeau says: These two illustrious composers battled for the top spot at the Opéra. He describes them as two magicians, two master architects, amongst the most wildly imaginative and brilliant of their era  Two composers who also tried to capture echoes of grand theatre with the palette offered by their keyboard.

This is the 24-year-old harpsichordists starting point for the album: the relationship between the spectacle and extravagance of French Baroque opera  with its myths, magic, ballets and elaborate stage machinery  and the imaginative worlds evoked by ten fingers on a keyboard. Rondeau is keen to point out that the harpsichord, as a popular domestic instrument, could bring the thrill of the opera into peoples homes  much as Liszts piano transcriptions of Wagner did in the 19th century. Equally, he is an eloquent advocate  in both words and music  of the extraordinary descriptive, narrative and expressive scope of these two composers keyboard writing.

In the 16 tracks on Vertigo he creates a dramatic structure, paying homage to the form of the opéra-ballet with a prelude (which includes an ouverture à la française) and three entrées (acts): the first honours Poetry, the second Music and the third Dance. Beyond such legendary figures as the Greek Muses, it introduces characters like the Simpletons of Sologne, a gruff band of sailors, surging Scythians and Zaïde, the beautiful Queen of Granada.

And what of Vertigo itself, which features in the second entrée? This is what Rondeau has to say: According to the encyclopedia it is a fantaisie  but it is a fantaisie to the power of ten!   It concentrates a CinemaScope movie into five short minutes; Royer gives us an opera in three hundred seconds. It is all there  with nothing borrowed from his stage music; there is even a dizzying cascade at the cadence, my personal homage to Alfred Hitchcock [a cultural idol in France and a key influence on such nouvelle vague directors as François Truffaut and Claude Chabrol], even though he has nothing to do with the matter in hand  just for the fun of it.

Vertigo was recorded at the 18th-century Château dAssas near Montpellier in southern France, a venue closely associated with the harpsichordist Scott Ross (1951-1989), whose epoch-making box of the complete Scarlatti sonatas was re-released on Erato in 2014.