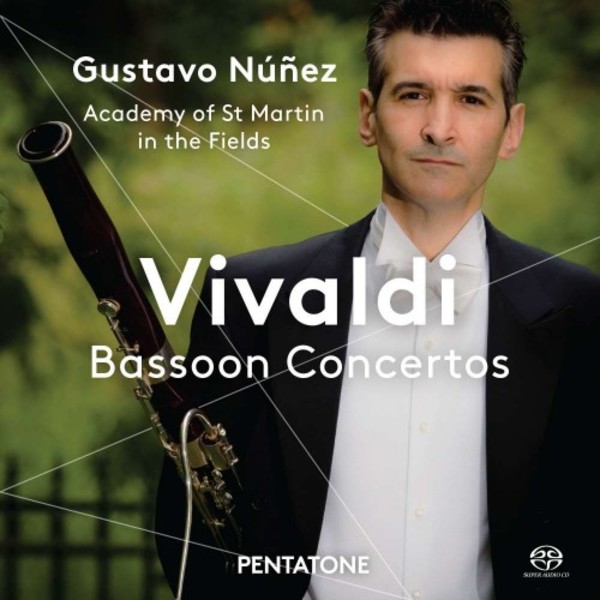 Gustavo Nunez (bassoon)
Academy of St. Martin in the Fields

Gustavo Nunez (bassoon)
Academy of St. Martin in the Fields

It would be no exaggeration to name Antonio Vivaldi as the pioneer of the bassoon concerto. The first milestone in the emancipation of the bassoon, until the beginning of the 17th century exclusively used as a basso continuo instrument, for which the part wasnt even written out, was a series of nine virtuoso bassoon sonatas published by Giovanni Antonio Bertoli in 1645. Then came Antonio Vivaldi, who not only wrote probably the first solo concerto for bassoon ever composed, but also created the largest group of works ever written for the instrument until then: 39 solo concertos, all of excellent quality. There was only one instrument for which Vivaldi wrote more concerti, namely the violin. It is most likely an indication of Vivaldis fondness for the bassoon. Unfortunately there are no historical sources to determine for whom Vivaldi wrote the bassoon concerti, but given their technical demands and the quality of the musical writing, one can assume they were written for an accomplished virtuoso. Perhaps they were composed for one of the members of the orchestra of the Ospedale della Pietà, a home for abandoned and orphaned children in Venice, where Vivaldi was violin teacher and music director for more than 30 years. Under his direction the orchestra became one of the most famous ensembles in Europe.

This album combines six bassoon concerti by Vivaldi, performed by Uruguayan bassoonist Gustavo Núñez, who holds the position of principal bassoonist with the Royal Concertgebouw Orchestra and who is considered one of the best bassoonists of his generation. He is accompanied by the Academy of St Martin in the Fields, considered by many as one of the worlds most admired chamber orchestras.