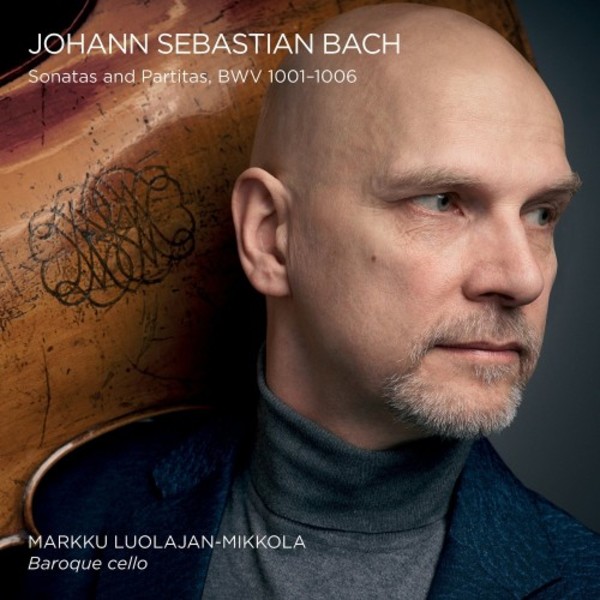 With two Gramophone Awards to his name and a reputation synonymous with excellence, Markku Luolajan-Mikkola is a musician who is at the top of his profession. With an established fan base built over his two decades with viol consort Phantasm, Luolajan-Mikkola makes his solo Linn debut in style, tackling what is considered the pinnacle of Bachs output for violinists: the Sonatas and Partitas.

Performing the Sonatas and Partitas on the cello is so challenging that it is almost impossible to imagine a cellist of Bachs day playing them, but Luolajan-Mikkola rises to the challenge with aplomb. Luolajan-Mikkolas main aim in this recording has been to capture emotion and convey expression according to the respective key and character of each movement, which he achieves in spades.

Markku Luolajan-Mikkola is a historically informed musician who has given more than a thousand concerts in thirty countries. Luolajan-Mikkola was president of the Finnish Soloists Association 200308 and artistic director of the Finnish Baroque Orchestra 201013, and in 2010 founded the BRQ Vantaa Festival. As a member of the viol consort Phantasm, he has won two Gramophone Awards, as well as other accolades, including the Diapason dOr, Choc du Monde de la Musique, Editors Choice in Gramophone and Recording of the Month in BBC Music Magazine.

the sound is ever luminous. - BBC Music Magazine