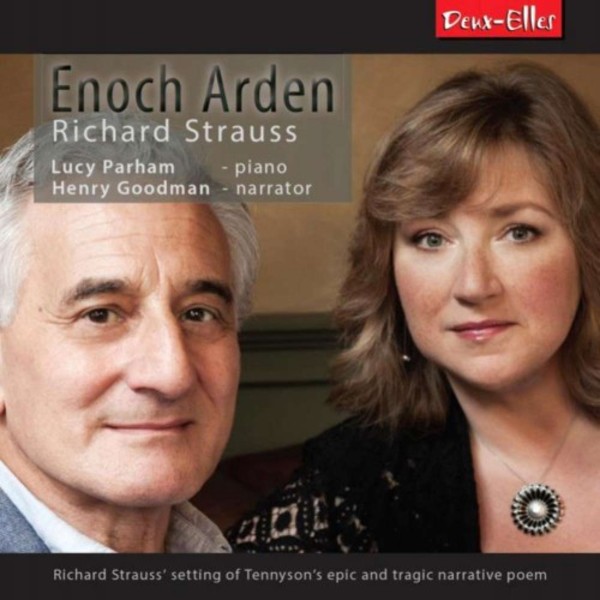 Enoch Arden is a narrative poem published in 1864 by Alfred Lord Tennyson. Richard Strauss admired and was highly influenced by this poem in its German translation and subsequently wrote a solo piano part to accompany the poem and unite spoken word with music, in the form of a melodrama. Set on the Scottish coast, the poem tells of a young fisherman, the orphaned Enoch Arden, his chidhood sweetheart Annie Lee, and Enochs best friend Philip Ray, the millers son. Composed in two halves, Strauss weaves the music around the narrative and uses three individual leitmotifs to portray the three characters in this dramatic and moving story. Composed in 1897, Richard Strauss himself and actor Ernst von Possart toured widely with this version of Enoch Arden to great recognition.

Acknowledged as one of Britains finest pianists, Lucy Parham applies her sensitivity and imagination not only to concertos and recitals, but also to portraits in words and music of such composers as Schumann, Chopin, Liszt and Debussy.

She came to public attention as the Piano Winner of the 1984 BBC Young Musician of the Year. Since her Royal Festival Hall concerto debut at the age of 16, she has played throughout the UK and around the globe. Lucy is also a regular contributor to BBC Music Magazine, Pianist Magazine and the Guardian and appears frequently on BBC Radio 3 and 4, as a jury member for the final of Young Musician of the Year. Lucy is a Professor at the Guildhall School of Music, London.