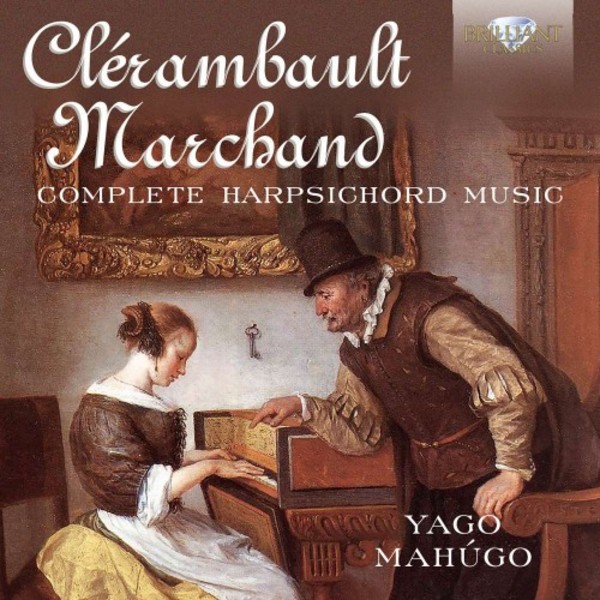 Straddling the divide between the early French harpsichordists, such as Chambonnières and DAnglebert, and the later masters of the genre  Couperin Le Grand, Rameau and Duphly  composers of this in-between period have in the past been sadly neglected. This release, featuring the complete published harpsichord music of Louis‐Nicolas Clérambault and Louis Marchand, who flourished at the turn of the 18th century, reverses that trend, highlighting the fascinating developments taking place in French harpsichord music of the time.

Clérambault was better known for his secular cantatas and organ music, but his sole publication for harpsichord, the Livre de pièces de clavecin, reveals a composer highly adept at writing for the keyboard instrument too. Each of the two suites is divided into ten dance movements, all remarkably diverse. The C major Suite contains a lively Allemande and Gavotte, each followed by a Double, which elaborates on the original. The two Sarabandes are darker in tone, marked fort grave and gravement respectively. The C minor Suite is also more serious, with some surprising dissonances occurring in the Sarabande. Marchand, too, proves himself to be a thoughtful composer: his Suite in D minor is among the finest of the period, particularly the splendid, introspective Chaconne. In contrast, La Vénitienne is an exuberant, lively piece, short but perfectly formed.

Spanish performer Yago Mahúgo has already released a highly‐acclaimed album on Brilliant Classics comprising Royers complete harpsichord music (BC94479); Arkiv Music called it a fine disc, which one would be proud to have in their collection, and it was selected as CD of the Month in Spanish magazine Scherzo. Mahúgo is founder and conductor of Ímpetus Madrid Baroque Ensemble, which has performed at some of the leading Spanish festivals, as well as concert halls nationwide.