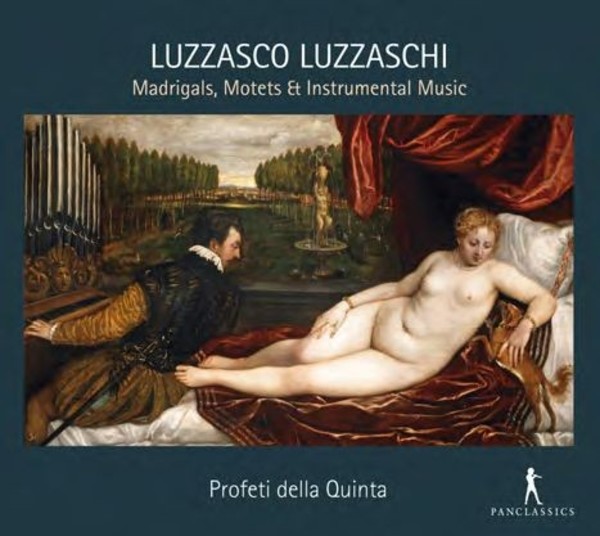 In his publications, Luzzasco Luzzaschi (c.1545-1607) presents himself, rather modestly as the Organist of the Serene Highness Duke of Ferrara. Accordingly, Luzzaschis reputation today is similarly modest - he is known, if at all, thanks only to the music he composed for the Concerto delle Dame  an ensemble of virtuoso female singers at the dEste court in Ferrara.

And yet, when his entire oeuvre is explored, one discovers that his music and influence are greater than could have been imagined. In fact, Luzzaschi was both musically and historically one of the central musical figures of the late Renaissance.

This recording presents a broad picture of Luzzaschis oeuvre, selecting works in various genres, performed in historically informed settings with appropriate performance practices. While pieces for the Concerto delle Dame are included, one of the intentions of Profeti della Quinta is to highlight the fact that the rest of Luzzaschis output stands equally alongside these compositions. Many of the pieces are recorded here for the very first time.

The programme opens with a festive 6-voice madrigal, 'Ecco il bel Lauro verde', performed by singers and an instrumental consort. This is followed by madrigals for 5 voices, performed either a cappella or with chitarrone accompaniment; grave polyphonic motets, performed with organ accompaniment, and various instrumental pieces.