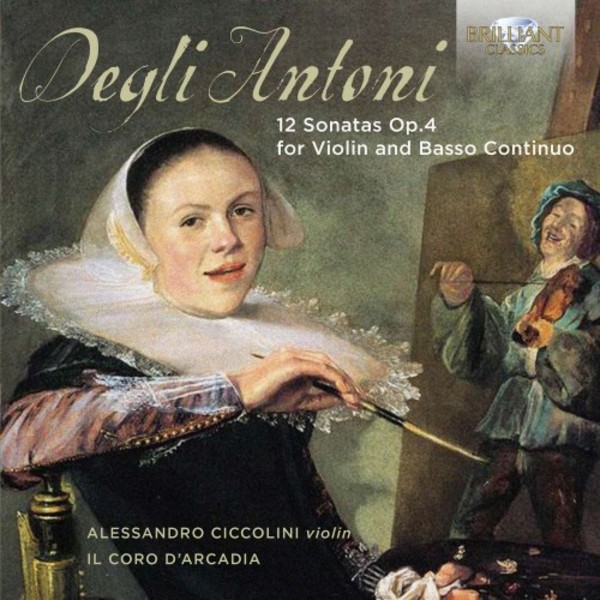 Pietro degli Antoni (1639-1720) was a founding member of the famous Accademia Filarmonica in his native Bologna, an institution bringing together professional musicians so well united that they always play together, creating fine sound. Many famous composers were members: Vitali, Tosi, Colonna, and later Corelli, Bononcini, Torelli and Bassani. Even Mozart, when visiting Bologna, became a member, being highly impressed by the sheer size and quality of the Accademia (..the music was grave and majestic.. he wrote home).

Antoni was a prominent member of the Accademia, and was active as composer and chapel master in various churches, writing sacred vocal works, but also opera and chamber music.

Alessandro Ciccolini is one of Italys foremost baroque violinists. A composer and editor as well, he reconstructed Vivaldis opera Montezuma, as recorded by Alan Curtis for DG. He successfully recorded Albinonis Opus 4 for Brilliant Classics.