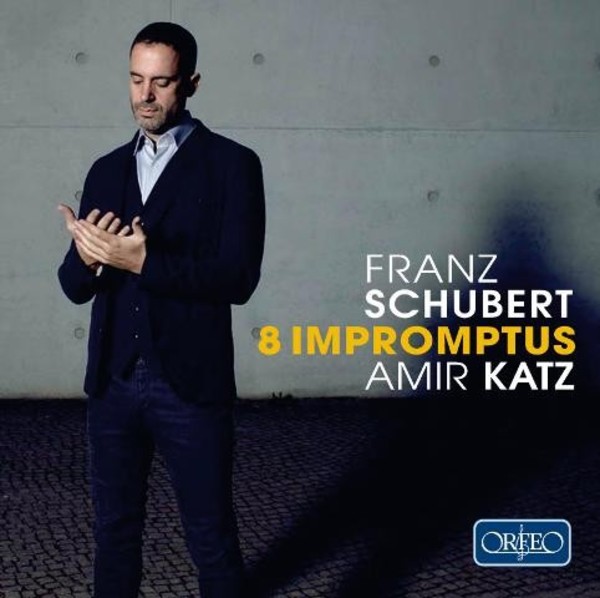 When the pianist Amir Katz engages with what is probably the most popular group of piano works by Franz Schubert, he can draw on a considerable wealth of experience with the composers music.

Katz won first prize in the Dortmund Schubert Competition, which has the express aim of rewarding interpretative achievements alongside technical ability, while his debut CD (on the Sony label) included two Schubert sonatas. And in the concert hall too, Katz has time and again set himself great musical and technical challenges (such as in his recent performances of Chopins 24 Etudes).

Katz was born in Israel but lives today in Berlin. He has recorded various collections of works for CD and has also often offered his interpretations to the critical ears of concert audiences. This was the case with his cycle of all 48 Songs without Words by Mendelssohn, which he performed on a single evening in the Gasteig, and his cycle of all the Schubert sonatas, given at the same venue over four nights.

Whoever has experienced such events knows that in the concert hall, Katz very much retains the rigour he demonstrates in his studio recordings; and in the latter he is just as free as he is when performing for an audience. Both rigour and freedom are conveyed to the audience in equal measure.

One such 'heartfelt' issue for Amir Katz is surely Schubert, before all others. Of course, its only logical that a pianist so aware of treading the paths of the great Schubert players of the past should also enter into the world of his songs. Amir Katzs close partnership with the tenor Pavol Breslik in particular has led him to an intensive, active engagement with the cosmos of Schuberts songs. Together they have given outstanding concerts and also performed the Schöne Müllerin on their first, highly praised joint CD on ORFEO (C737151).