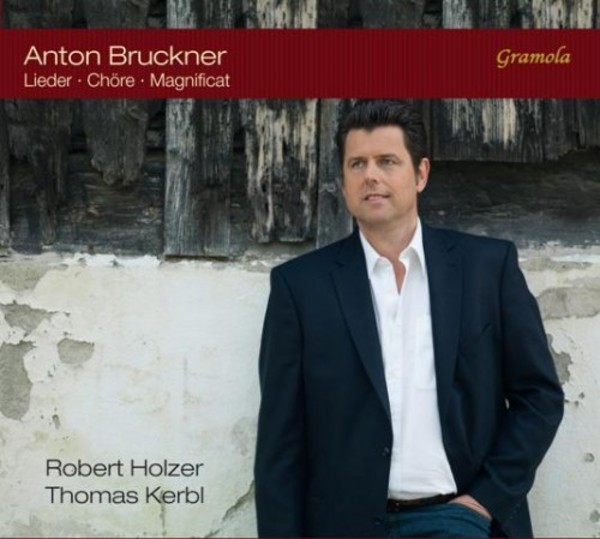 I could, if I wanted to, but I don't... - this was the alleged response of Anton Bruckner to singer Rosa Papier's question about why he wouldn't compose songs like Johannes Brahms did.

Eight songs by Anton Bruckner are academically proven, which  with one exception  were composed during his time and life in St Florian and Linz. With his latest recording, the distinguished Austrian Bass Robert Holzer devotes himself, along with Thomas Kerbl, piano and conducting, the choir Chorvereinigung Bruckner and the Chamber Orchestra of the Anton Bruckner Private Conservatory Linz, to the unjustly neglected songs and the Magnificat by Bruckner.

A sensation came about in the year 2015 with the discovery of the song Der Mondabend, with its world premiere recording being released on this album.