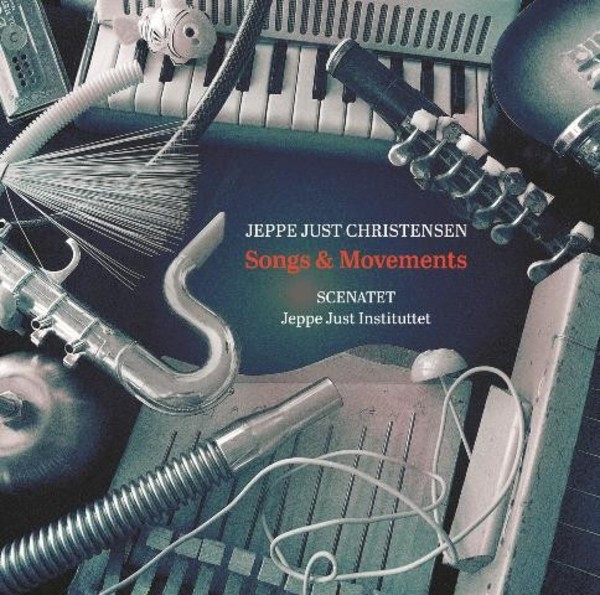 Danish composer Jeppe Just Christensen's music is about recycling, nostalgia, instruments - and toys... On this portrait album curated by the chamber ensemble Scenatet, the composer himself appears with his unusual 'band' Jeppe Just Instituttet playing on self-invented, home-made and toy instruments like egg slicer, coffee grinder, toy piano and melodica. Together, the two ensembles create a unique and delicate sound-world which is both the special starting point for the music and the source of its constant fascination.

Jeppe Just Christensen (b.1978) has a diploma in composition and theory of music from the Royal Danish Academy of Music, 2005. He studied with, among others, Peter Bruun, Ivar Frounberg, Hans Abrahamsen, Niels Rosing-Schow and Bent Sørensen. From 2005-2006 he began his post-graduate studies at the Hochschule für Musik, Karlsruhe, with Wolfgang Rihm. In 2008 he had his debut concert at the Royal Danish Academy of Music, where he currently teaches composition.

In his music Jeppe Just Christensen works with different kinds of elements with references to everyday objects, movements and motion, childhood and nostalgia. He is interested in amateurism, folk music and street music, and he works a lot with the one-man-band concept. He recycles 'found' objects/instruments and uses them in new constellations, both in a musical and a visual sense.