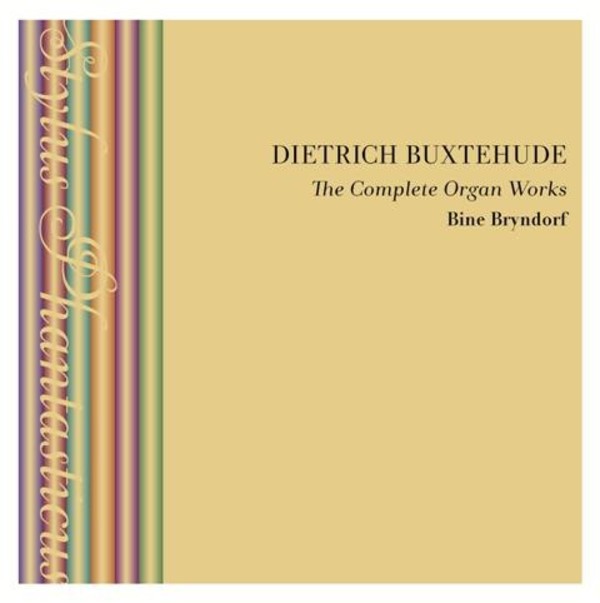 This acclaimed recording series of the complete organ works of Dietrich Buxtehude (c. 1637-1707) offers a unique musical journey in the footsteps of the Danish-German Baroque master. Organist Bine Bryndorf explores Buxtehudes inventive stylus phantasticus through the beautiful sound of five historic organs around the Baltic area, beginning in the composers native town of Elsinore, and ending in Lübeck, where Buxtehudes successor J S Bach famously walked 300 km to experience the art of the ageing organ legend.

Bine Bryndorf was born and grew up in Elsinore. At the age of 18, she went to Vienna and took her complete training there. Later came the soloist class and further studies in Saarbrucken and Boston. Her most important teachers were Kristian Olesen (organ), Bjørn Hjelmborg (theory), Michael Radulescu and Daniel Roth (organ), William Porter (improvisation) as well as Gordon Murray (harpsichord).

Bine Bryndorf has played concerts in most European countries, in Japan and the USA and is in great demand as a jury member in international organ competitions and as a teacher at masterclasses. Chamber music has always been an important element in her activities.