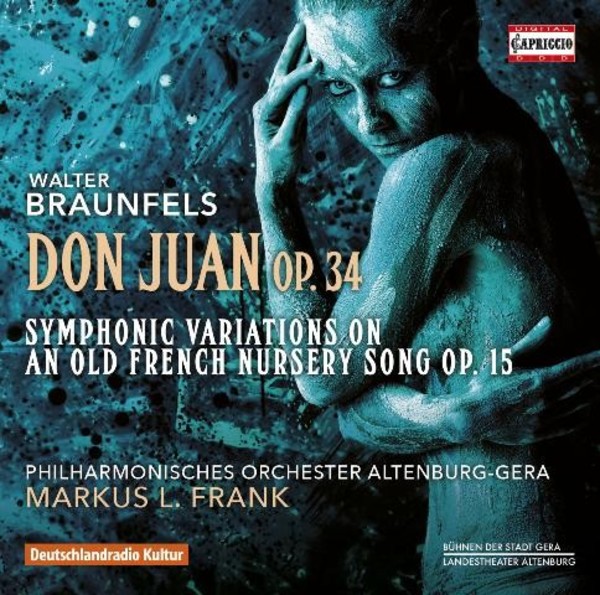 Walter Braunfels was applauded as a pioneering representative of New Music. Leading conductors such as Hans Pfitzner, Ernst von Schuch, Bruno Walter, Arthur Nikisch and Wilhelm Furtwängler performed his orchestral works in major cities. But following the Nazi seizure of power in 1933, as a 'half-Jew', even Braunfels lost all of his positions and was banned from either performing or having his works performed. His name was systematically deleted from musical literature and reference works.

Written in a classic-romantic style, Braunfels' 7-movement phantasmagoria 'Don Juan' incorporates variations on themes and motifs from Mozart's opera 'Don Giovanni', which was premièred in 1787. He thus deliberately placed himself in the German classical-romantic traditions, which he sought to transfer to his 20th-century resources in compositional style. The work was premièred in 1924, conducted by Wilhelm Furtwängler.

Forming one of his earliest works, first performed in 1909, the [Symphonic] variations are based on a French nursery song and make no attempt to disguise their debt to Strauss. Once or twice, the music comes close to direct quotation, but the vividness of the orchestral writing and tautness of the structure make a very attractive package. Until Braunfels music vanished from German concert halls in 1933 it was apparently a repertory work, and the performance by conductor Markus L Frank and the Altenburg-Gera Philharmonic Orchestra suggest that other orchestras could do a lot worse than revive it now. Andrew Clements
The Guardian 8 January 2016