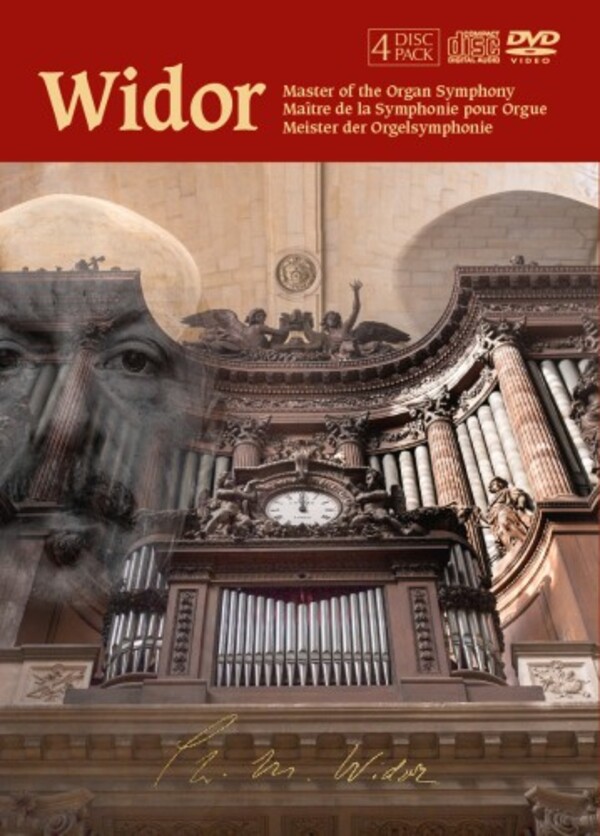 Widor - Master of the Organ Symphony

Charles-Marie Widor (1844-1937), the most famous composer of organ music since Bach, wrote ten revolutionary organ symphonies that established the organ as a rival to the orchestra, pioneered the use of symphonic forms for the instrument, and sublimated influences as diverse as Bachs fugues, Wagners music dramas and medieval plainchant into an original musical language. On top of this, his Toccata is probably the best-loved piece of organ music ever written.

This boxed set provides a complete portrait of this great composer and includes a three-part documentary as well as performances on CD and DVD of his fifth and sixth organ symphonies performed by Gerard Brooks, plus other movements performed by Daniel Roth, all on the Cavaillé-Coll organs of Saint-Sulpice, Orléans Cathedral and Saint-Ouen in Rouen.

This son of Lyon, born (as he put it) in an organ pipe in 1844, lived such a long, eventful and fruitful life that he really does deserve the five hours of video and 141 minutes of stunning audio-only performances that are on offer here. His life and work are comprehensively related in a three-part documentary, beautifully filmed by Simon Still under the sensitive direction of his Fugue State Films colleague Will Fraser. Malcolm Riley
Gramophone February 2016