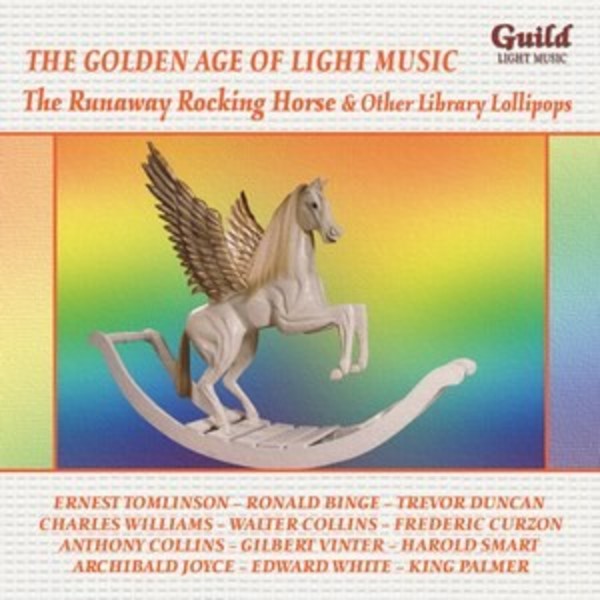 Guilds previous collections of 'Library' music from British music publishers have proved popular, providing a mixture of titles, some of which have become well-known through their use in Radio and Television programmes, and others which have probably never been used since they were published. Why is a mystery, because many of these were written by the same composers and were often as good (and sometimes better) than the famous ones.

This collection comprises 25 tracks from 11 of the major British publishers libraries and the highlight is the title track, The Runaway Rocking Horse which is presented here in its complete version - many recordings omit the introduction and part of the centre section.