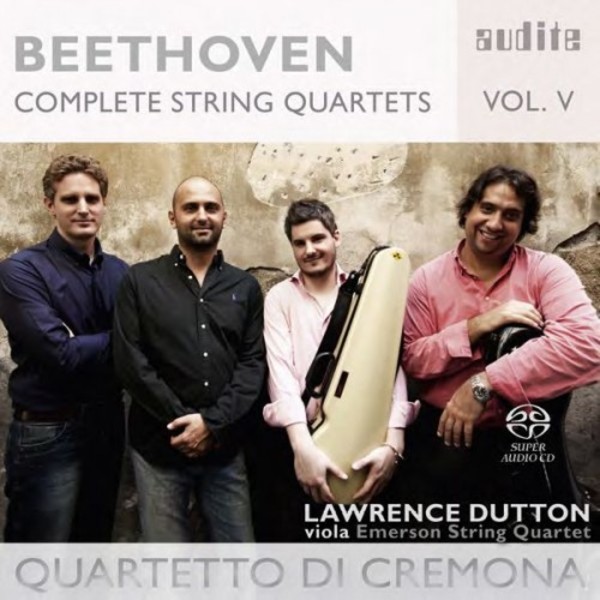 Mozart left six string quintets to the music world, Louis Spohrs work catalogue contains seven, whilst Luigi Boccherini completed around 120. Beethoven had three quintets published, but only one of these was originally conceived for string quintet. However, his opus 29 of 1801 is a true masterwork on the brink between the Classical style of his teacher, Joseph Haydn, and the revolutionary idiom of Beethovens middle and late periods. The Adagio (with its adjunct of 'molto espressivo') in particular heralds an evocative intensity which was still foreign in Beethovens earlier works.

However, by his late oeuvre of the 1820s  the Ninth Symphony, 'Missa solemnis', late piano sonatas and quartets  Beethoven had developed such a distinctive language that the label of 'Early Romanticism' no longer applies.

His String Quartet in A minor, Op.132, with its five movements and exceptional degree of difficulty, also stands apart from contemporary works - then as now, only professional ensembles could tackle this grandly conceived colossus. As in the quintet, the Molto adagio represents the core of the piece. Its title  'Holy song of thanksgiving of a convalescent to the Deity'  refers to an illness from which the composer had recovered, and adapts a chant inspired by the Renaissance composer Palestrina. In so doing, Beethoven includes a musical ancestor in his quartet whilst making a religious avowal.

This is the most exciting new disc of string quartet playing that I have come across for a long time. It opens with one of Beethoven's least performed or mentioned works [...] What really matters, though, is the stupendous performance of the Quartet No. 15 in A minor, the one late quartet I have found hardest to fully respond to until now. [...] Altogether a revelation. Michael Tanner
BBC Music Magazine March 2016

The Italian Quartetto di Cremona, still young but together a good decade [...] play with fervour and flair. If at times in the monumental Op 132 in A minor you long for a degree more weight, [...] the reason to choose this disc is for the other work: the rarely heard String Quintet in C Op 29, with a second viola, Lawrence Dutton, as fifth player. The groups Italianate grace comes into its own in this radiant music [...] Fiona Maddocks
The Observer 24 January 2016