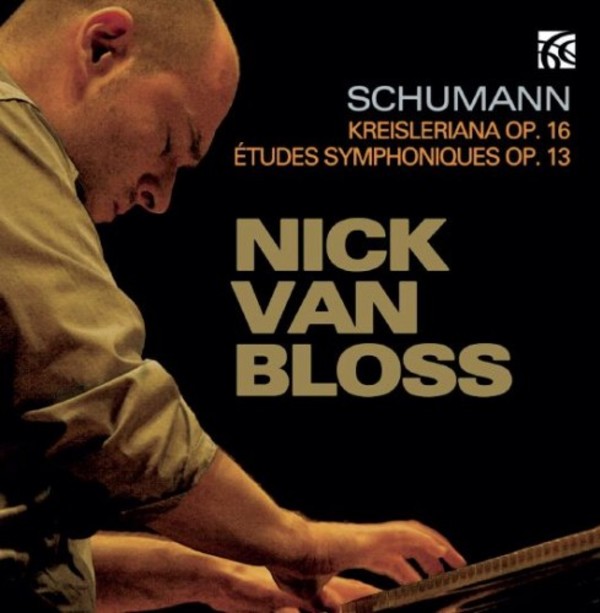 Most of Robert Schumann's best works for piano were composed in the decade between his twentieth and thirtieth birthdays, after his own prowess as a pianist was permanently crippled by a self-inflicted finger injury (he used a clumsy contrivance with which he tried to strengthen the fourth finger of his right hand). His interest in keyboard virtuosity then declined in favour of a more poetic style, less ornate than either Chopin or Liszt, and with more facility in variation-form and the like than in the larger sonata structures.

Nick van Bloss's early musical training began as a chorister at Westminster Abbey, and was followed by studies at the Royal College of Music with Yonty Solomon. In 1994, aged 26, Nick van Bloss played a televised recital in Poland at the Chopin Festival. This proved to be his last public appearance before he retired from playing completely for 15 years.

In April 2009, van Bloss gave a 'comeback' concert at London's Cadogan Hall, playing a concerto by Bach and Beethoven's 'Emperor' Concerto with the English Chamber Orchestra. The concert, uniformly reviewed as a 'Triumph' by London's critics, attracted massive media interest from all over the globe. Since then, Nick van Bloss has performed in the United States, Japan, Sweden, Austria, with the English Chamber Orchestra, and conducted concertos from the keyboard.