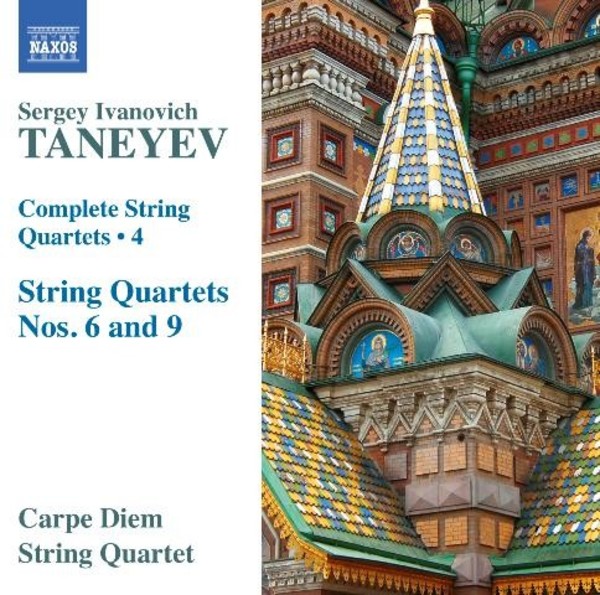 A pupil of Tchaikovsky, who called him the Russian Bach, Sergey Taneyev is best known today for his four symphonies, although he also composed a sizeable body of chamber music, including nine complete String Quartets.

Quartet No.9 is a memorably melodic work, while the beautifully crafted Quartet No.6, his last completed quartet, is rather more austere, though marked by a playful Jig, and even more masterful in construction.

Founded in 2005, Carpe Diem String Quartet has become nationally recognized for its innovative and electrifying performances. They are four-time recipients of the prestigious PNC Foundations Arts Alive Award, the only quartet in America to attain such recognition. Carpe Diem has released eight CDs, and is nearing the completion of an ambitious project to record the complete Taneyev quartets, with performances earning praise from Classical CD Review, Fanfare, American Record Guide and The Strad, among others.

A history of diverse programmatic partnerships with artists such as singer/songwriter Willy Porter, bandoneón player Peter Soave, klezmer clarinettist David Krakauer, cellist Yo Yo Ma, Chinese pipa player Yihan Chen, and world master of the Persian santoor Dariush Saghafi, testifies to the expanse of their vision.