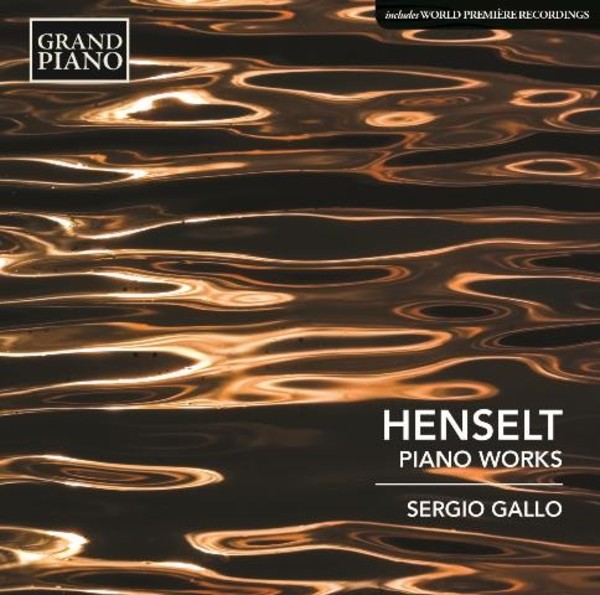 Bavarian-born Adolf von Henselt was one of a galaxy of star pianist-composers of a similar age that included Chopin, Schumann, Liszt and Thalberg.

A student of Hummel, Henselt developed a breath-taking, idiosyncratic virtuoso technique but stage fright drew him away from performance and more towards composition and then teaching.

Moving to St Petersburg in 1838, he established, with Anton Rubinstein, a truly Russian school of pianism. His piano works embrace ferocious technical studies as well as romantic salon pieces that led Schumann to dub Henselt the Chopin of the North.

A Steinway artist, Sergio Gallo specializes in the repertoire of the Romantic period, especially Liszt and his contemporaries, including Schumann, Henselt, Brahms and Chopin. Gallo has made several acclaimed recordings for Eroica, and a recent release with Naxos of Liszts transcriptions of opera by Meyerbeer, which was critically acclaimed by BBC Magazine: Gallo makes a good case for Liszts honouring of the operatic originals (Naxos 8573235).

Gallo has performed with orchestras throughout the Americas and worldwide. He is the winner of concerto competitions of the São Paulo Symphony Orchestra and of the University Symphony in Santa Barbara. He holds a Doctorate of Musical Arts from the University of California, Santa Barbara (1998) and is Associate Professor of Piano Performance at Georgia State University in Atlanta.