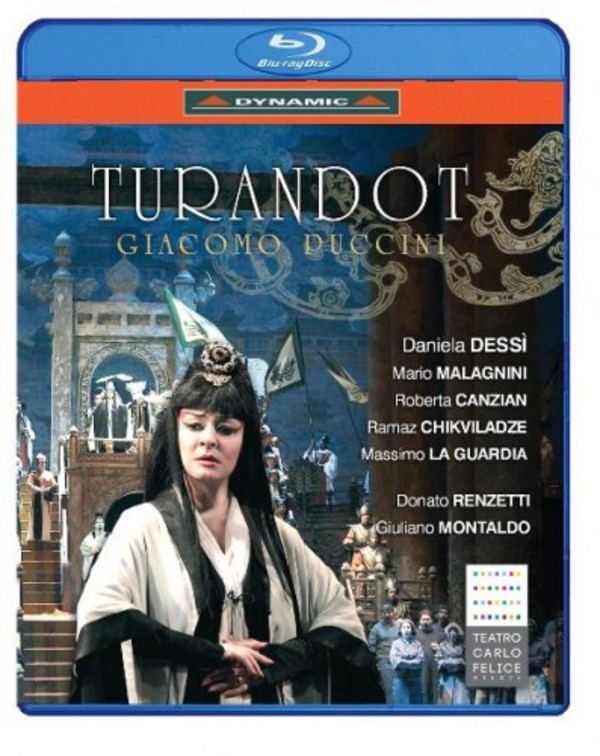 Turandot is Giacomo Puccinis tenth and last opera. It took the composer almost four years to complete, from the beginning of 1921 to 1924. Just days before his death on 29th November 1924, Puccini was still working on it. The opera was left incomplete and an ending was written, on Arturo Toscaninis suggestion, by the composer Franco Alfano (1876  1954).

From a musical point of view, Turandot is the most modern and innovative of Puccinis operas, encapsulating the hallmarks of Puccinis style and skilfully blending exoticism, sentimentality, intimate lyricism, grandiosity and grotesque overtones. Puccinis extraordinary orchestration skills are applied here with unprecedented care. The use of large instrumental forces translates into new tone-colour effects which, together with this productions stunning sets and sumptuous costumes, confirms Turandot as one of Puccinis most powerful and original operas.

This production is directed by film director Guiliano Montaldo.