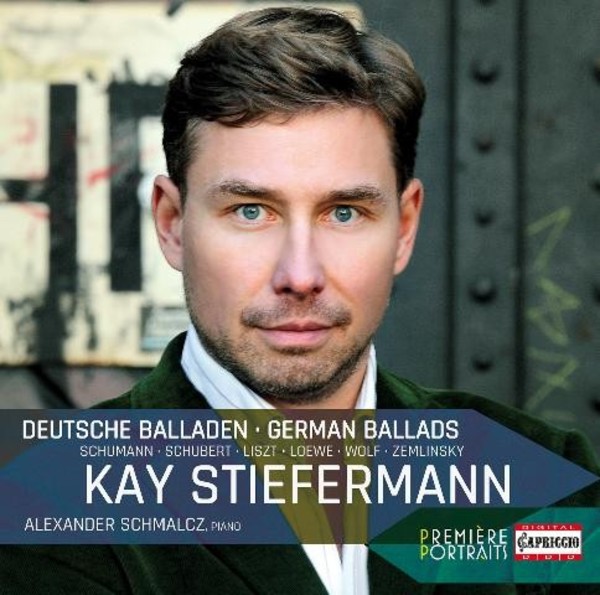 CD-Edition Capriccios 'Première Portraits' supports young and talented artists by inviting them to release their première debut CD to a worldwide audience.

Kay Stiefermann completed his studies with distinction under chamber singer Kurt Moll at the Academy of Music in Cologne. Since his first commitment in the ensemble of the Hamburg State Opera from 1997 to 2001, where his roles included Papageno (Die Zauberflöte), Schaunard (La Bohème) and Danilo (The Merry Widow), he has sung many great roles of the baritone repertoire.