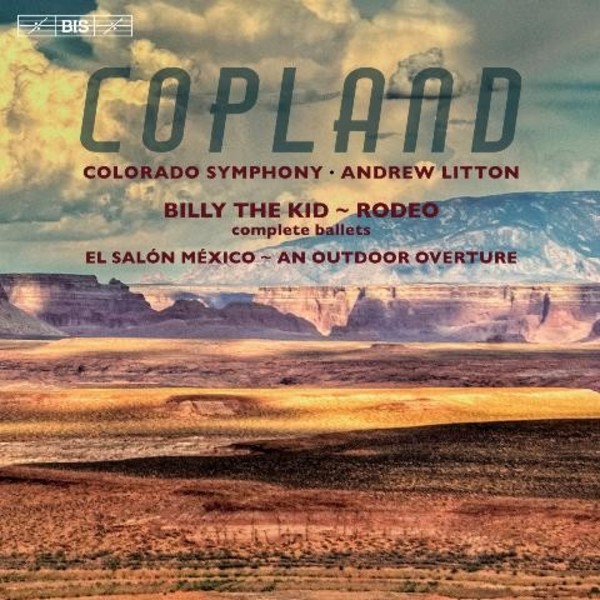 Having taken up the post of music director with the Colorado Symphony in 2013, Andrew Litton has chosen a highly fitting programme for the orchestra's first recording on BIS: the Wild West, its folk music, traditions and legends loom large in Aaron Copland's ballet scores Billy the Kid and Rodeo. The two works were the result of the composer's search during the early 1930s for a new musical language. In the two ballets, this new direction can be felt in the immediacy of the music, but also in Copland's use of cowboy tunes.

A similar approach, but with Mexican themes, characterizes the slightly earlier El Salón México, inspired by a visit to a dancehall in Mexico and the atmosphere he experienced there.

Whereas these three works are amongst the most popular in Copland's entire production, the opening piece, An Outdoor Overture, is something of a rarity  especially on disc. Composed in the same year as Billy the Kid, the overture was part of an educational campaign with the slogan 'American Music for American Youth' and its snappy rhythms and colourful orchestration will have made it as successful in its original purpose as it is here, as a curtain raiser.

The Colorado Symphony is obviously enjoying itself in this all-American programme, as is its conductor Andrew Litton, who joins the revelry as honky-tonk pianist in the Celebration section of Billy the Kid and the Ranch House Party in Rodeo, before bringing the disc to a rollicking end in that ballets closing section, Hoe-Down.