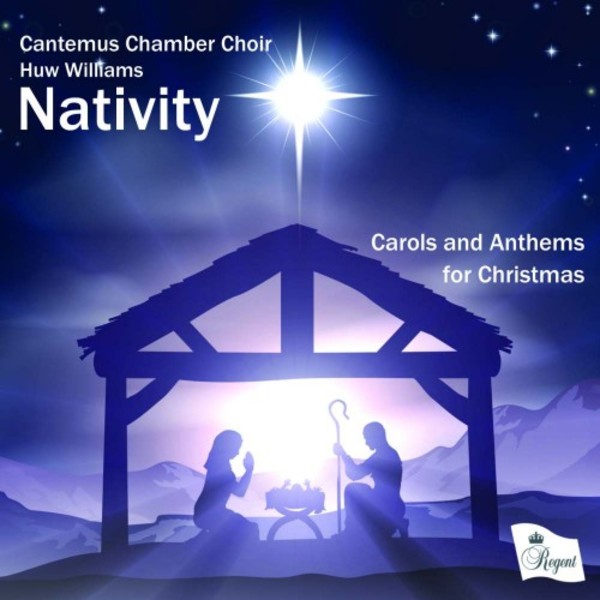 Nativity: Carols and Anthems for Christmas

Alleluia! I bring you news of great joy

Here is the little door

Away in a manger (arr. Huw Williams)

A Babe is Born

Alleluia! I bring you news of great joy

Here is the little door

Away in a manger (arr. Huw Williams)

A Babe is Born

Regent is delighted to announce the release of their first recording with Cantemus Chamber Choir, based in Cardiff, directed by Huw Williams.

This excellent choir is fast establishing a name for itself as one of the countrys finest choirs, with a wide-ranging repertoire stretching from the Renaissance to the present day. Widely acclaimed for its performances of Baroque music, Cantemus performed Handels Messiah at Buckingham Palace in December 2014, receiving a standing ovation. The choirs growing reputation has led to it being featured on national television and radio, notably BBC 1s primetime The One Show and BBC Radio 3s In Tune.