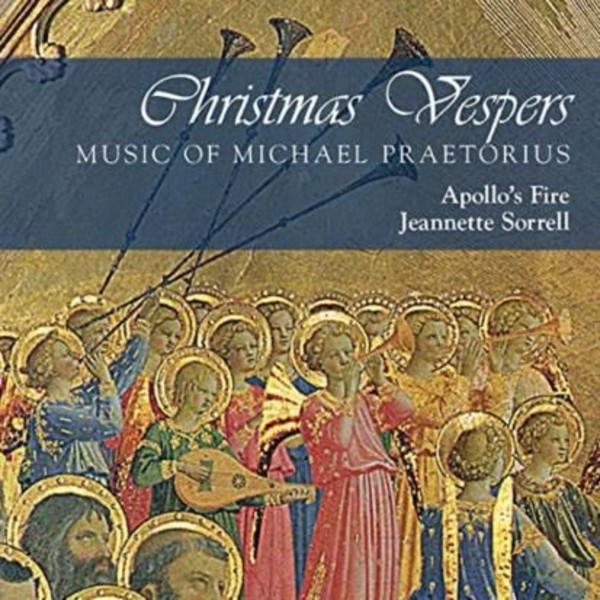 'Music for the people' could have been the motto for 17th-century German composer Michael Praetorius. He adhered to the ideals of Protestant pioneer Martin Luther - of whom his father was a disciple - that music, like religion, should be open and free to all.

Praetorius was an extraordinarily versatile composer and, along with J S Bach, was one of the greatest composers of Protestant church music in Germany. With his music, he strived to bring together people of all walks of life - professional singers, congregations, villagers and children alike - an aim mirrored in the present days BBC program 'The Choir'.

Like the Vespers settings in the 17th century - most notably the Vespers of 1610 by Monteverdi, who inspired Praetorius - this Christmas Vespers is an assemblage of works by Praetorius that Apollos Fires founder/director Jeanette Sorrell has compiled. It highlights his virtuosic vocal and instrumental writing and includes as interludes his popular carol settings, O Morning Star and Lo, How a Rose Eer Blooming.