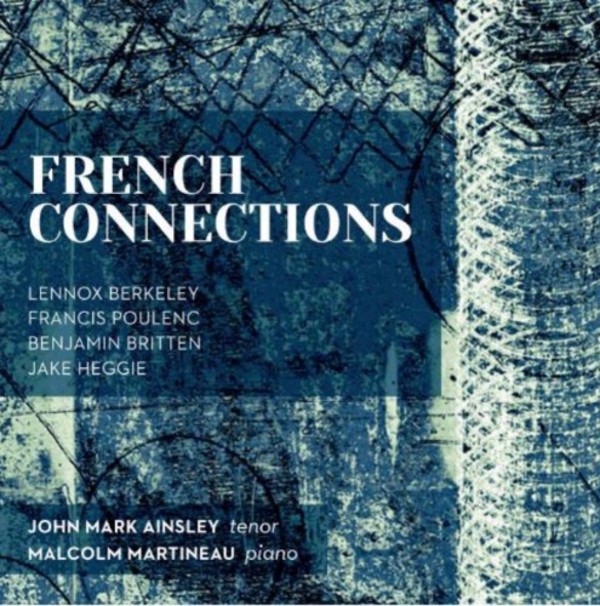 Accompanying Ainsley is Malcolm Martineau, to whom Heggies Friendly Persuasions is dedicated. The American composer pays homage to Poulenc with four imaginative songs, each of which recreates in miniature a transformative friendship in Poulencs life. In 2008 Ainsley and Martineau gave the world premiere performance of Friendly Persuasions at Wigmore Hall, London.

The recital also includes three works by Poulenc: Fancy, Bleuet and Tel jour telle nuit, a beautifully conceived and shaped cycle, considered Poulencs greatest vocal work, and reminiscent of the great cycles of a century earlier, such as Winterreise or Dichterliebe.

Despite French heritage and fluency in the language, Berkeleys friendship with Britten led him to set verse by the English poet, W H Auden instead. His Five Poems are some of the best of their kind - a cohesive and satisfying collection, Berkeley perfectly captures both the fanciful and reflective elements of Auden's poetry.

Auden in turn re-introduced Britten to the works of John Donne, which Britten went on to set in his Holy Sonnets. Darkly moving and highly demanding, they are among his finest work.

In 2010 he sang his first Captain Vere in the UK, in Michael Grandages production of Billy Budd for the Glyndebourne Festival. Ainsley won the 2007 Royal Philharmonic Society Singer Award and is a visiting professor at the Royal Academy of Music.

Malcolm Martineau is recognised as one of the leading accompanists of his generation, working with many of the worlds greatest singers.