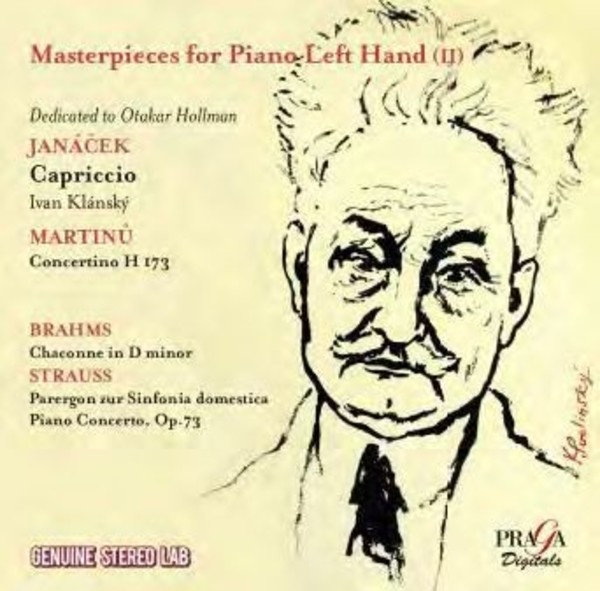 Otakar Hollmann (1894-1967) was a Czech pianist who was notable in the repertoire for left-handed pianists. Although little known now, he was considered second only to Paul Wittgenstein in the promotion of the repertoire. He commissioned works from a number of composers, most notably Janácek and Martinu.

He initially studied as a violinist, but, during World War I, a bullet went through his right palm, injuring the metacarpus. Hollmann premiered the 'Capriccio' in Prague on 2 March 1928. Other Czech composers who wrote works for him include Erwin Schulhoff, Bohuslav Foerster, Jaroslav Tomáek, Václav Kaprál, Stanko Rajcic, Jaroslav Rídký, Josef Bartovsky, Ale Jermár, Vincenc Stastny and Jarmil Burghauser.