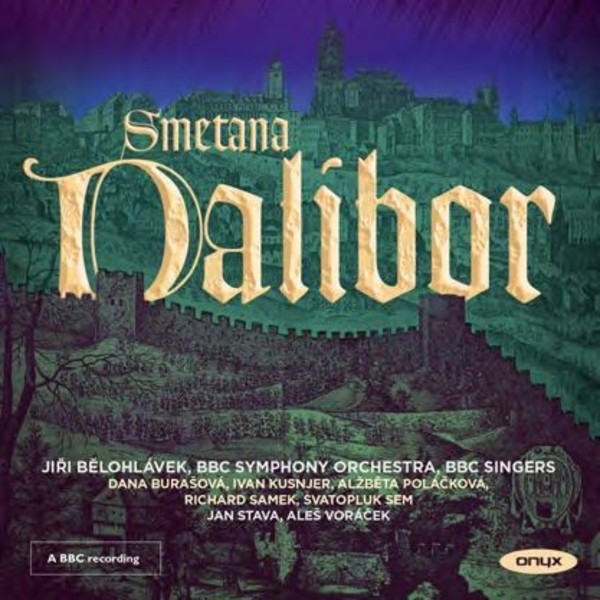 Smetanas tragic opera 'Dalibor' from 1868 is now acknowledged as a masterpiece, containing some of his greatest music. It tells a tale of knightly ideals, chivalry, love and loyalty, with striking echoes of Fidelio. The story transports us to 15th-century Prague, where Dalibor is imprisoned having avenged the death of his musician friend Zdenk. The sister of his victim, Milada, is touched by his plight and disguises herself as a boy violinist in order to enter the gaol

Smetana, saddened by Dalibors cool reception ('too Wagnerian' was one of the charges against it) always had faith that one day it would be appreciated and stand alongside 'The Bartered Bride', the work that overshadowed all his other operas to his great frustration.

This superb performance of this rarely heard opera was recorded live in the Barbican Hall, London. Conducted by Jiri Belohlávek, the all Czech cast and the BBC Symphony Orchestra and BBC Singers gave a performance that impressed all present, and the critics praised the performance: "Smetanas melodic invention is given full rein, with a rapturous second-act love duet as its high-point. Belohláveks conducting was warm and wonderfully spacious in those purple passagesthe cast, all Czech, was a very fine one" (The Guardian).