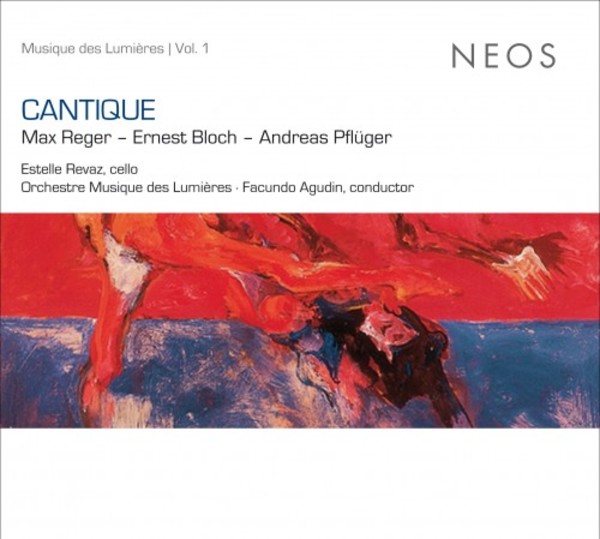 Pitture, for cello and large orchestra

Pitture, for cello and large orchestra

CANTIQUE is the first part of a series consisting of three CDs dedicated to works inspired by pictures by Swiss painters.

The project intends, in a subtle way, to expand "the listener's horizon": he is invited to take part in a journey through an unknown land in which three composers  whose respective aesthetics differ greatly  seem to observe and speak to each other.

The Swiss cellist Estelle Revaz, born in 1989, began her international career at an early age. After initial studies in her homeland, she went to Jérôme Pernoo at the Conservatoire National Supérieur in Paris. She then perfected her studies under the experienced guidance of world-famous soloist Maria Kliegel at the Music Academy of Cologne. Estelle Revaz was then awarded a series of major prizes and supported by numerous foundations, performing on the concert podium at a very young age in Europe and in South America.

Facundo Agudin is an Argentine-Swiss conductor. He received his training in Buenos Aires, completed a post-graduate study programme at the Schola Cantorum Basiliensis and sang in the Swiss Chamber Choir under the direction of Claudio Abbado, Armin Jordan, Simon Rattle, Gennady Rozhdestvensky and Valery Gergiev. Winner of the first prize at the Colin Metters Seminar in Saint Petersburg, he is the artistic director of the Orchestre Musique des Lumières and guest conductor with the Orquesta Sinfónica Nacional in Argentina.