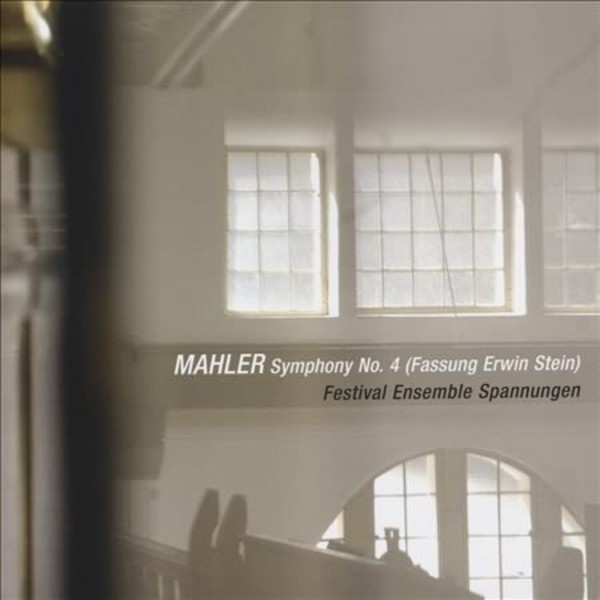 Mahler's Fourth Symphony  in a version for chamber music by Arnold Schönbergs pupil Erwin Stein (1921), performed live by a high class cast, together with acclaimed singer Christiane Oelze, at the Spannungen Festival in 2014.

In this 4th Symphony with lean dimensions, leisurely tempos in all four movements, an orchestra whetted down to Brahmsian size, a clear formal progression and an apparently naïve final song evoking the 'Heavenly Life', it is as if Mahler was taking a breather after two massive and unwieldy symphonies in order to lean back comfortably and distance himself from those nightmarish visions of the afterlife.

Although the orchestral forces prescribed by Mahler in the 4th Symphony were already quite manageable in terms of size, we have Arnold Schoenberg to thank for Erwin Steins 1921 arrangement of the same work: Steins chamber music reduction saw the light of day in the 'Society for Private Musical Performances', a concert series organized by Schoenberg. Apart from the usual scoring for such settings (two violins, viola, double bass, cello, flute, oboe, clarinet and piano), Stein also foresaw the use of several percussion instruments, and included a further one that was quite fashionable in the early 20th century: the concert reed organ (harmonium).

Christian Tetzlaff and his fellow musicians are on top form on this recording of Mahler's symphony arranged for chamber ensemble.