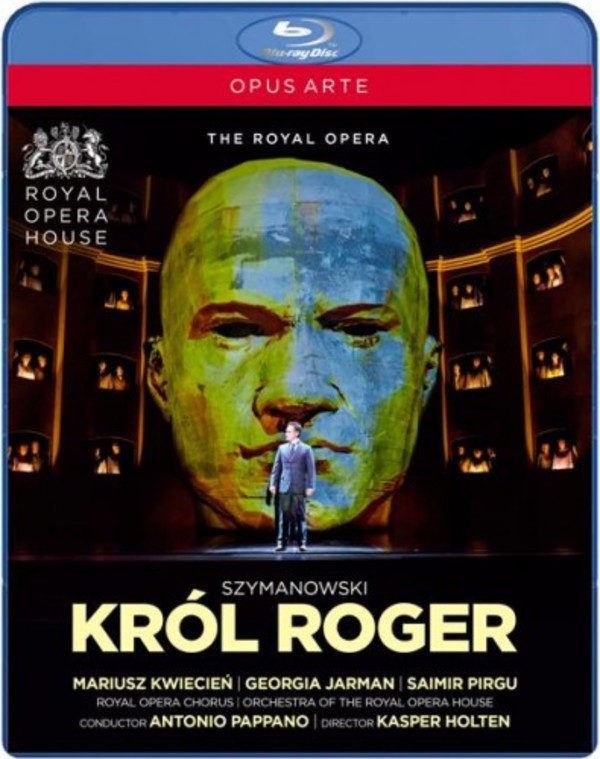 Kasper Holtens production (The Royal Operas first) of Król Roger (King Roger) brought the opera back to the London stage after an absence of almost 40 years.

Karol Szymanowskis masterpiece powerfully presents the dilemmas of culture versus nature and man versus beast, and movingly depicts King Rogers inner struggles as he moves from an impossible life of repressed desires to the other extreme, giving in to his own demons. Meanwhile Rogers people, seduced by the promises of the mysterious Shepherd, are drawn towards totalitarianism and repression.

Antonio Pappano conducts Szymanowksis opulent and beautiful score, with a cast including Mariusz Kwiecien as Roger (one of the greatest interpreters of the role today), Saimir Pirgu as the Shepherd, and Georgia Jarman in her Royal Opera debut as Rogers loving queen Roxana.

"... directed with flair, clarity and intelligence by Kasper Holten. Steffen Aarfings setting of a tiered arena dominated by a massive sculpted head is enormously impressive..." - The Daily Telegraph

Last season's highlight at Covent Garden, Król Roger's appearance on screen is exceptionally welcome. Szymanowski's fascinating yet compact masterpiece bears repeated viewing and listening, for there is so much going on both in this performance and the work itself. [...] Given the work's complexity and its relative rarity, the extras are valuable too. [...] The result is one of the most worthwhile recent operatic DVDs. John Allison
BBC Music Magazine February 2016