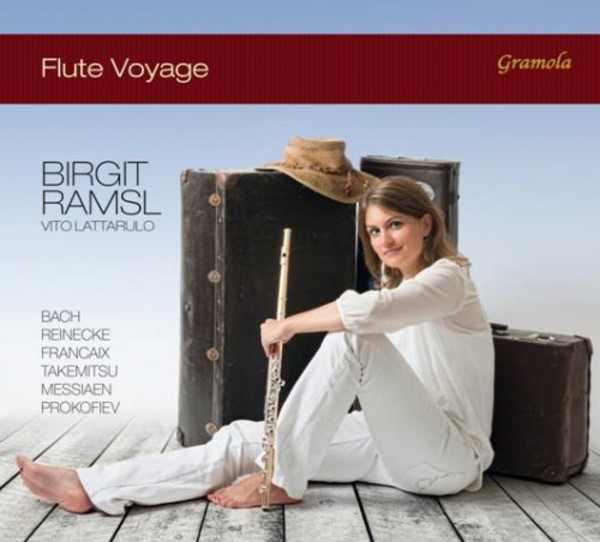 Divertmento for flute and piano

Divertmento for flute and piano

Starting with the Sonata for Flute Solo by CPE Bach, originating from the royal Prussian court in the second half of the 18th century, and the Sonata 'Undine' for Flute and Piano Op.167 by Carl Reinecke, composed during the era of late Romanticism, the journey moves on to France, featuring the Divertimento for Flute and Piano (1953) by Jean Françaix and Le Merle noir by Olivier Messiaen from the year 1951.

More conservative in style are the Sonata Op.94 for flute and piano by Sergei Prokofiev, composed during the year 1943 in Perm, Russia, as well as the Air for Flute Solo (1995) by Japanese composer Toru Takemitsu.

As well as pursuing international solo and chamber music careers, the Austrian flautist Birgit Ramsl and the Italian pianist Vito Lattarulo have been playing together as a duo for several years. Their passionate and intensive work, characterised by deep professionalism and musical zeal, has led them to develop a remarkable unity of timbre and gesture.