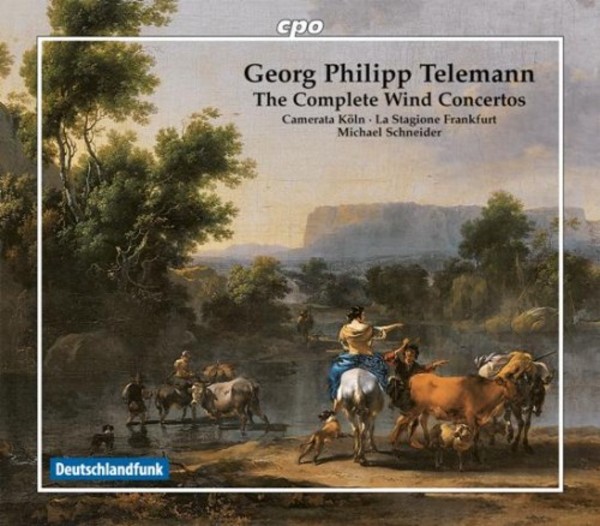 Telemann wrote instrumental concertos for all the wind instruments of his epoch  for example, for oboe and oboe damore and for transverse flute, recorder and flauto pastorale.

Since he could play most of these instruments, he wrote extremely idiomatic parts, showing each instrument in a favourable light and simultaneously appealing to the instrumentalist. The concertos exhibit a wealth of varied (and often unusual) ensemble formations, concerto practices and forms.

A one-of-a-kind cosmos of performance joy and fantasy spreads out in the Italian, French, German, and Polish styles, and it was because of its uniqueness that cpo set out on the adventure of a complete recording of Telemanns wind concertos with La Stagione and the Camerata Köln. We are now releasing these concerto gems in an 8 CD box at a special low price.