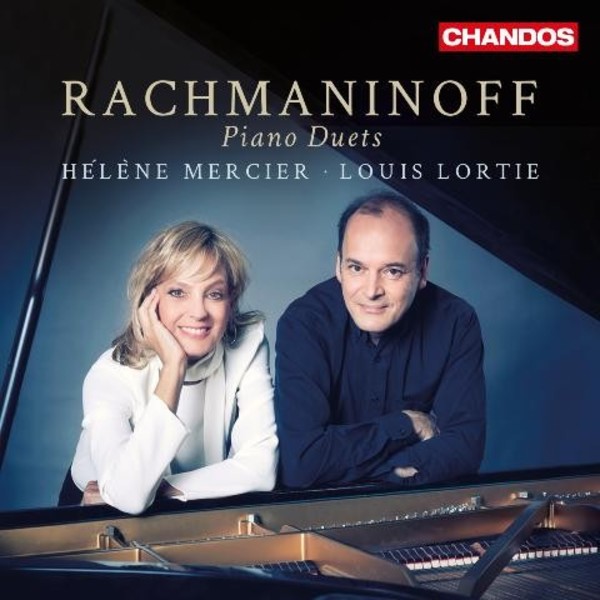 After more than twenty years since their last recording of piano duets on Chandos, Louis Lortie and Hélène Mercier here come together again to perform works by Sergei Rachmaninov.

The Symphonic Dances was the last work to which Rachmaninov gave an opus number, and he arranged it himself for two pianos. He was separated from his native Russia, where the Soviets had banned his music. In this work he thinks beyond himself as a Russian and, as in the Suite, Op.17, into the world to come. In both works, amidst a gallery of musical references and quotations, he juxtaposes passages of his own music (from the First and Third Symphonies, The Bells, the Vespers, etc.) with music by composers he particularly admired (such as Richard Strauss, Liszt, Mendelssohn and Schubert).

The combination of material may be seen as his exhibition of the nineteenth-century musical world. The album also features the Fantaisie (or Suite) for two pianos, Op.5, in which poetic fragments in the score reveals that each movement for Rachmaninov carried a world of secreted meaning.