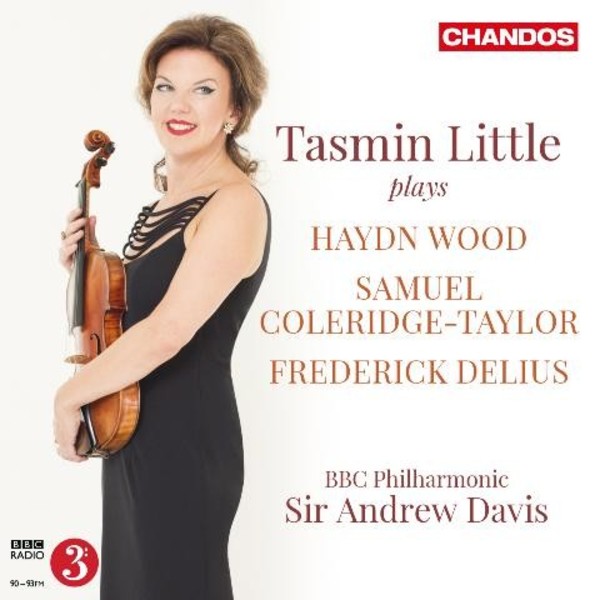 Suite for violin and orchestra

Suite for violin and orchestra

Following on from the acclaimed Elgar and Moeran concertos, Tasmin Little and Sir Andrew Davis continue their special affinity for British music with this exciting new recording featuring the music of Coleridge-Taylor, Wood and Delius.

Born in England of an English mother and a Sierra Leonean father, Coleridge-Taylor was much revered as a composer, dubbed the black Mahler in the US in his later years. He was commissioned to write a violin concerto in 1910 for the Norfolk Festival in Connecticut and responded with a work based on several spirituals. After submitting it, he decided to completely rewrite it, concluding that the new one was ten thousand times better than the other. The premiere in 1912  delayed because scores had gone astray  met with critical acclaim. The composer died a few months later.

Like his predecessor Coleridge-Taylor, Haydn Wood studied violin at the Royal College of Music and composition with Sir Charles Stanford. This Concerto is his only surviving one for violin. The high-romantic expression of the first movement is followed by a virtually continuous stream of lyrical melody in the second, and a full-blooded finale that at the same time is light and lively.

This album also features a Suite of four short character pieces by Delius, in the spirit of the Lyric Pieces for piano by his friend and mentor Edvard Grieg.

True to form, violinist Tasmin Little's latest excursion into the lesser-known regions of English music has come up with material of genuine appeal. [...] Besides the stellar quality of Little's playing (as ever, warmly engaging and technically bombproof), Sir Andrew Davis and the BBC Philharmonic provide accompaniments in a special class. Malcolm Hayes
BBC Music Magazine February 2016