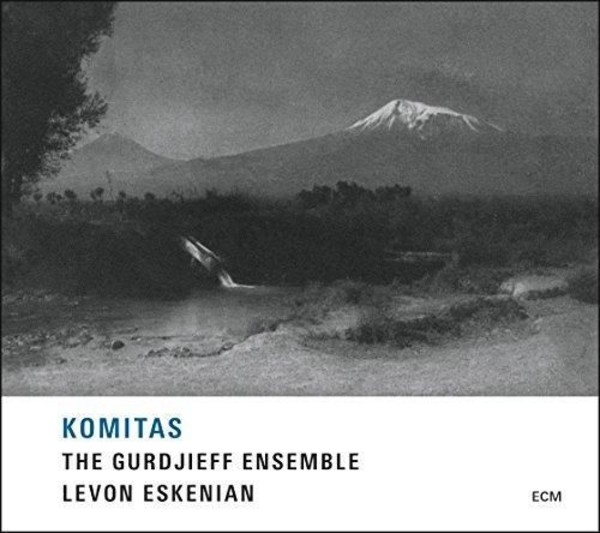 Levon Eskenian and the musicians of the Gurdjieff Ensemble feature the music of Komitas Vardapet (1869-1935), composer, ethnomusicologist, arranger, singer and priest, and popularly held to be the founder of contemporary music in Armenia.

Music, its forms and rituals, has the power to bring us close to distant civilizations, says Levon Eskenian in his booklet notes. Armenia offers a special case: a sacred culture that was preserved and presented at its fullest flowering through the work of one man, the scholar-monk Soghomon Soghomonian, known under his religious name as Komitas, to which is sometimes appended the title Vardapet (archimandrite).

In his work as a collector of thousands of folk songs, sacred songs and instrumental melodies, Komitas explored the connections that uniquely bind together Armenian sacred and secular music. With their special focus on folk instrumentation and inspired arrangements, the Gurdjieff Ensemble illuminates the deep roots of Komitass compositions in this programme recorded in Lugano in February 2015.

The Armenian Gurdjieff Folk Instruments Ensemble was founded by Levon Eskenian to play ethnographically authentic arrangements of the G I Gurdjieff/Thomas de Hartmann piano music. Their debut album on ECM, Music of Georges I Gurdjieff (2771913), was widely acclaimed, and won an Edison Award as Album of the Year in 2012.