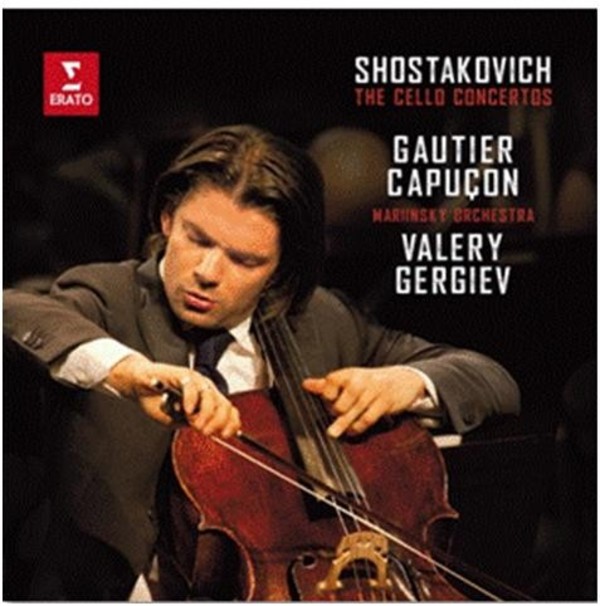 Capuçon and Gergiev deliver some grand and glorious moments wrote Gramophone when the French cellist Gautier Capuçon and the Russian conductor Valery Gergiev last collaborated on a disc of Russian music for Erato  works by Prokofiev and Tchaikovsky, released in 2010.

Now, the two musicians - whose collaboration, again in Gramophones words, was bound to strike sparks  have come together for two live recordings, made in December 2013 at Pariss Salle Pleyel and June 2014 at St Petersbourgs Mariinsky Theatre with the Mariinsky Orchestra.

The works in question are Dmitri Shostakovichs Cello Concertos Nos 1 and 2, both of which were written for Mstislav Rostropovich. The first was composed in 1959 (a year after the Central Committee of the Communist Party admitted that in 1948 there had been unjust condemnation of Shostakovich and other composers as Formalist), the second in 1966. The two concertos are different in spirit and shape: the first is often assertive and energetic, and features a huge cadenza for the cello that is almost a movement in its own right, while the second is introspective and enigmatic.