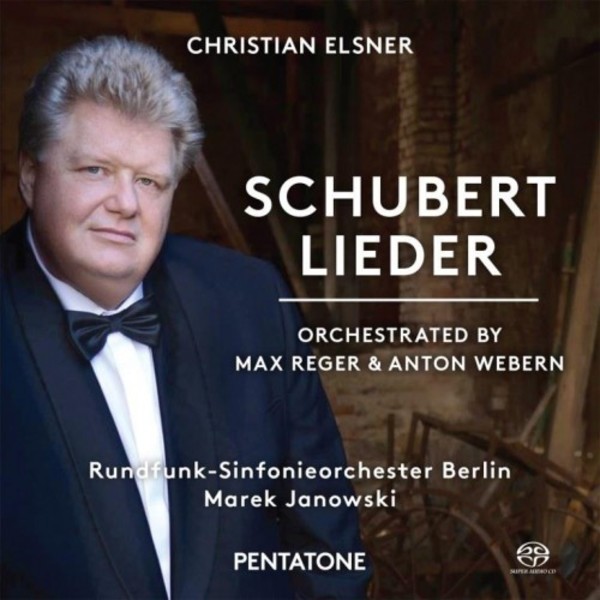 Given his magnificent achievement in the field of art song, and the vast volume and consistently high quality of his Lieder oeuvre, it is not surprising that Schubert's songs have been recorded numerous times. It is also not surprising that many composers, such as Franz Liszt, Johannes Brahms, Benjamin Britten, Hector Berlioz, Max Reger and Anton Webern, made arrangements of Schubert's songs. What is surprising, however, is the fact that these arrangements - made by some of the greatest composers in musical history - are so seldom heard either in concert or on record.

With the release of this album, hopefully that situation will change. It combines 17 Schubert compositions, of which 13 were orchestrated by late-romantic German composer Max Reger, and four by a member of the Second Viennese School, Anton Webern. When listening to these songs, the listener will discover that these arrangements are made with such craftsmanship that they themselves became unparalleled works of art.

The performers on this SACD are the Rundfunk-Sinfonieorchester Berlin and German tenor Christian Elsner, conducted by Maestro Marek Janowski. The album's accompanying booklet contains the lyrics to the songs, both in German and English, as well as programme notes and artists' biographies.