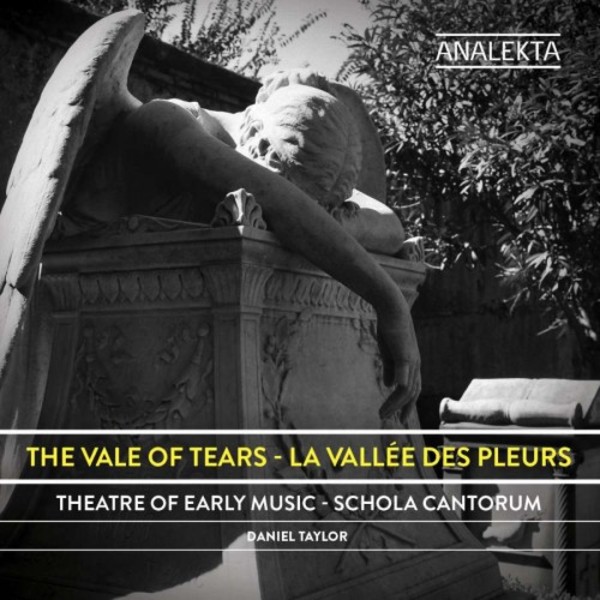 The Vale of Tears

The Theatre of Early Music, along with Schola Cantorum, with both ensembles conducted by Daniel Taylor, presents their new album, 'The Vale of Tears'.

Musikalische Exequien by Heinrich Schütz, the most striking composition by the most important German composer of the 17th century and the cornerstone of this album, is a masterpiece of 17th century liturgical music. State of ecstasy!

For his eighth album on the Analekta label, Daniel Taylor, one of the most sought-after countertenors, takes us into the very heart of the German baroque world. He is joined by musicians from the Theatre of Early Music (TEM) and singers from the University of Torontos Schola Cantorum, two ensembles he founded.

'The Vale of Tears' grants us the opportunity to hear not only Schützs Musikalische Exequien, undoubtedly the 17th century composers most striking composition, but also Johann Sebastian Bachs cantata 'O heilges Geist- und Wasserbad' (BWV165), and harmonisations of two hymns from the 18th volume of Michael Praetoriuss Musae Sioniae, a colossal sum of more than 1200 settings of chorales and songs. Carried by heavenly voices, these works seem to transcend death.