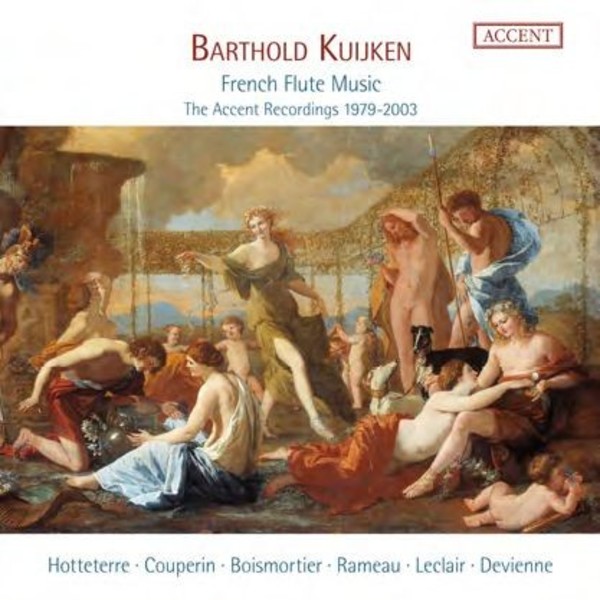 Sonatas (6) for flute and harpsichord, op.91

Concerto no.2 in C minor

Sonatas (6) for flute and harpsichord, op.91

Concerto no.2 in C minor

Barthold Kuijken (b.1949) grew up in a musical environment (two of his elder brothers were studying music) and became increasingly interested in early music and early instruments. First he studied modern flute at the Bruges Conservatory and the Royal Conservatories of Brussels and The Hague. For playing early music he originally turned to the recorder, but while still studying, he had the good fortune of finding a splendid original baroque flute, which became his best teacher.

Research on authentic instruments in museums and private collections, frequent collaboration with various flute and recorder makers, and assiduous study of 17th- and 18th-century sources helped him to specialise in the performance of early music on original instruments. For many years he was baroque flautist in the orchestra Collegium Aureum, and he still holds this function in La Petite Bande, the baroque orchestra conducted by his brother Sigiswald. He plays chamber music concerts all over the world, extending his repertory to early 19th-century music and has recorded extensively.

The present CD box brings together recordings of Barthold Kuijken made between 1979 and 2003 for the Accent label. They are exclusively works of 18th century French composers. The flauto traverso played a very important role in the texture of typically French instrumentation of the late Baroque period - many composers therefore wrote solo parts for it.