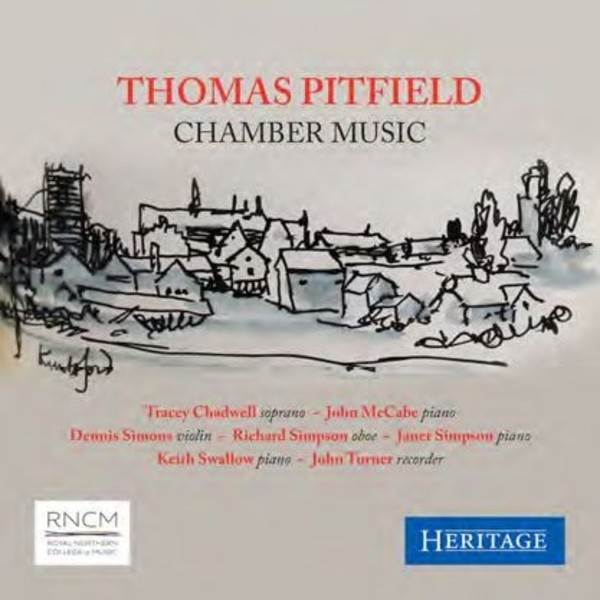 Miniatures (3) for soprano and violin
Nautical Sketches (3)
Novelette in F major
Oboe Sonata in A minor
Polka
Prelude, minuet and reel
Rondo all tarantella
Songs (8)
Studies on an English Dance Tune
Violin Sonata no.1 in A major

Miniatures (3) for soprano and violin
Nautical Sketches (3)
Novelette in F major
Oboe Sonata in A minor
Polka
Prelude, minuet and reel
Rondo all tarantella
Songs (8)
Studies on an English Dance Tune
Violin Sonata no.1 in A major

Tommy Pitfield was a 20th century Renaissance man. He was a composer, artist, poet, writer, teacher, ornithologist, and probably much else which his modesty shielded from public notice. But it is his music he served most devotedly.

In 1947 he became a teacher of composition at the Royal Manchester College of Music, holding the post through the time of the merger into the Royal Northern College of Music and retiring a year later. He had many distinguished pupils, of whom John McCabe was but one.

In his own music he shows ingenuity, imagination, inventiveness, wit and versatility. This recording includes a representative selection of works from over 50 years of composition and appears with kind permission of the principal of the Royal Northern College of Music.

The majority of works here are world premiere recordings given by artists who have a close affinity with Manchester and the music of Pitfield, and as such will be highly sought after by aficionados of 20th century British music.