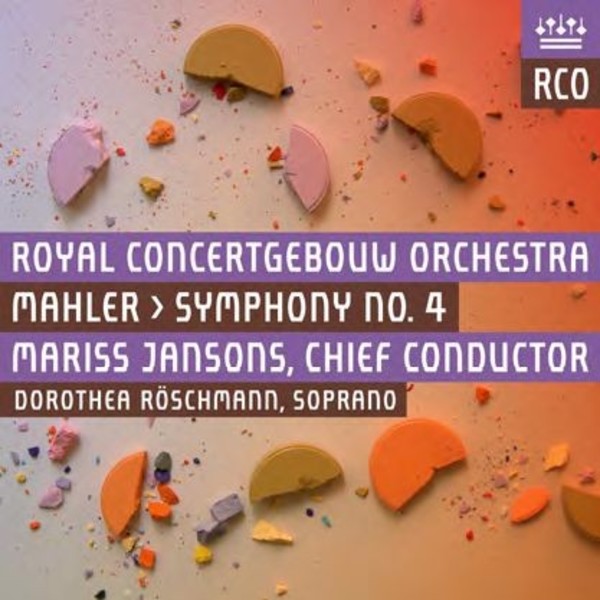 The Royal Concertgebouw Orchestra has a very special relationship with Gustav Mahler. The composer conducted the orchestra no less than 12 times, and found in Amsterdam an understanding audience. Mahler's Fourth Symphony was premiered in Amsterdam by the composer, who conducted it twice, once before and once after the interval, so that the audience could get to know the work better.

With this release, Mariss Jansons and the Concertgebouw orchestra add an impressive new chapter to the RCOs recorded history of Mahler Symphonies.

Mr Jansons gave a wonderfully cohesive reading of the work, underlining its instrumental lightness throughout. The delicate but decided sleigh bells at the start of the first movement set the tone, which remained airborne to the end without ever losing impetus. The supple flutes, clarinets and oboes rippled and gurgled around the pastoral panorama. At the collapse of each emotional climax, sounds dissolved smoothly, like foam, into the next phrase. The frightening wraiths and hobgoblins in the lower strings and brass had an eerie, middle-distance presence. Again, the handling of the climaxes disintegrating was most impressive  sorrow as intimate grieving rather than demonstrative lamentation. The whole orchestra was on board with this concept, from the lyrically mournful horn solo to the sprightly dance leading to the gates of heaven opening, a summit all the more glorious for the restrained peaks preceding it. The percussionists supreme dynamic control was crucial in this masterly sequencing of the crescendos. Replacing Genia Kühmeier, who was indisposed, soprano Dorothea Röschmann sang an animated Wir geniessen die himmlischen Freuden. she conveyed the words with a round, confident tone. In the last two stanzas her voice settled plushly around its middle range, describing the heavenly music with a touching, focused simplicity. Mr Jansons accompanied her with deft wisps of sound, which evaporated softly into silence. Awash with ever-shifting colours and wending forward with unaffected optimism, his vision of the afterlife was as elusive as it was convincing. - Jenny Camilleri, Bachtrack