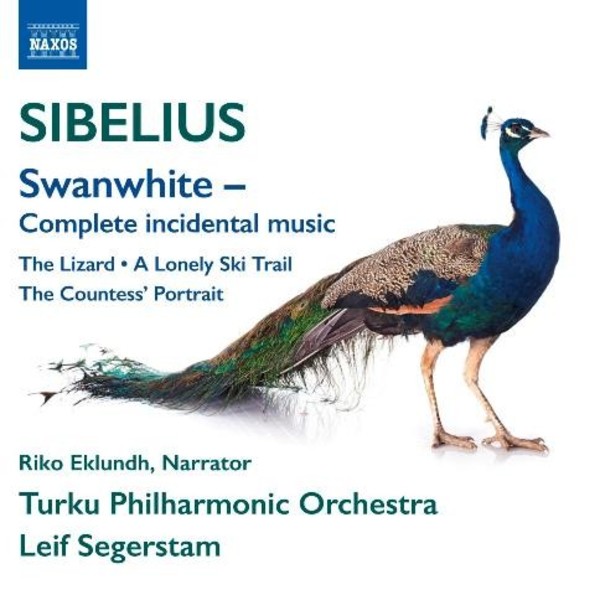 So great was the effect of Sibeliuss incidental music for Maeterlincks play 'Pelléas et Mélisande' that August Strindberg, whose wife had performed the role of Mélisande, agreed that he should write the music for his as-yet unperformed play Svanevit (Swanwhite). Composing for an orchestra of thirteen, he wrote in a style reminiscent of Grieg, and both play and music were very well received by critics and audiences alike.

The play Ödlan (The Lizard) inspired Sibelius with its dreamlike atmosphere, while Ett ensamt skidspår (A Lonely Ski Trail) and Grevinnans konterfej (The Countess Portrait) show his skill in writing for drama on a miniature scale.

Leif Segerstam is a conductor, composer, violinist and pianist with a prominent international career. Since 2012 he has been Chief Conductor of Turku Philharmonic Orchestra. From autumn 1997 to spring 2013 Leif Segerstam was Professor of Orchestra Conducting at the Sibelius Academy. He was awarded the 1999 Nordic Council Music Prize for his work as a tireless champion of Scandinavian music and the Swedish Cultural Foundations Prize for Music in 2003. In 2004 Leif Segerstam was awarded the annual Finnish State Prize for Music and in 2005 the highly esteemed Sibelius Medal. He has gained wide acclaim for his many recordings with different orchestras. While pursuing his conducting career, Segerstam has also produced an extensive oeuvre as a composer.