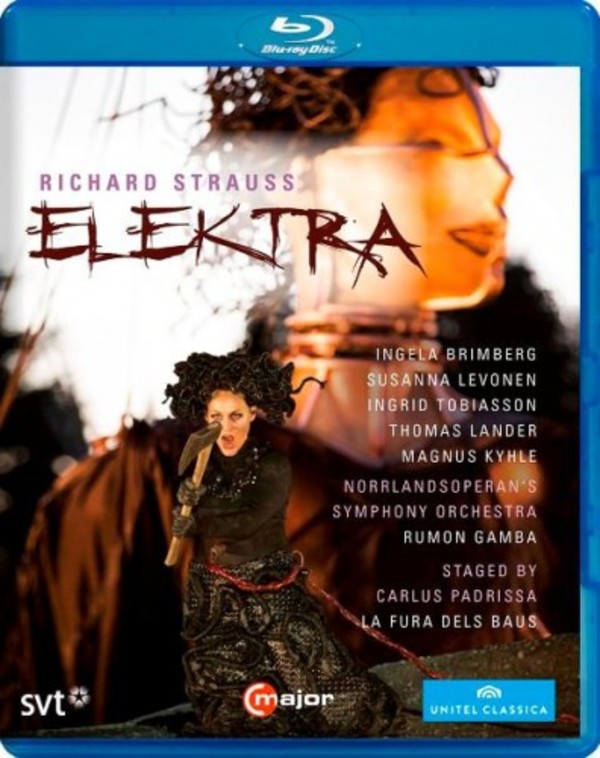 NorrlandsOperan and the dramatic art collective La Fura Dels Baus have created a unique monumental outdoor performance of Richard Strauss one act opera Elektra. Cranes, mechanical giants with singers standing inside their chests, skips filled with Blood  Elektra is NorrlandsOperans biggest and most complex production ever, including many special-effects: Suddenly, the front of the large containers opened up. Bloody water came gushing out in copious amounts. The water level on the graveyard rose and turned red (Kulturkorren).

the unique performance in Umeå is simply unmatched - El Pais

It was macabre, shocking and powerful in its great simplicity. - Kulturkorren