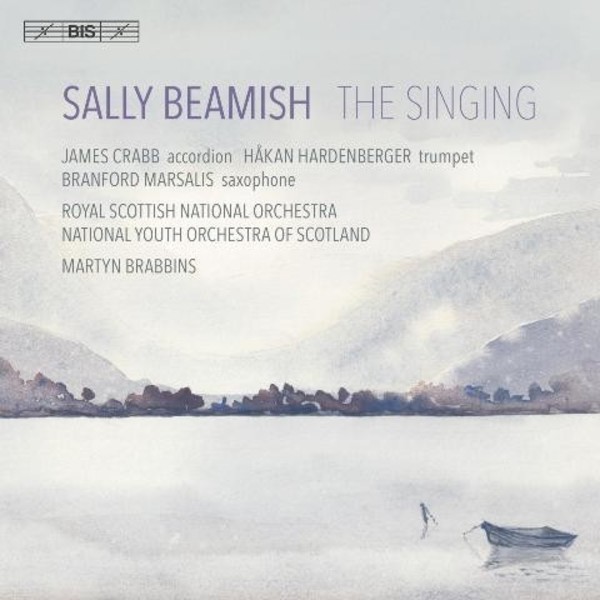 The works on this disc of music by Sally Beamish were composed between 2003 and 2012. As a whole, the programme highlights the inspiration she has found in Scotland, her adopted homeland, and its landscape and history, while also reflecting her interest in jazz and Scottish traditional music.

Its title, The Singing, is taken from the opening work, a concerto for accordion and orchestra, but it also symbolizes her interest in song, be it Gaelic chants (as in the Concerto) or a Scottish lullaby (Under the Wing of the Rock), and the more abstract concept of translating words into music, as in her Trumpet Concerto, which takes Italo Calvinos novel 'Invisible Cities' as its starting point.

As a composer, Sally Beamish often works in close collaboration with her performers  three previous BIS releases testify to her long involvement with the Swedish Chamber Orchestra. On the present disc the three concertante works are all performed by the eminent soloists for whom they were written: James Crabb, Branford Marsalis and Håkan Hardenberger.

The first two are joined by the Royal Scottish National Orchestra, an ensemble which has performed works by Beamish on several occasions, in concert and on disc. Conducted by Martyn Brabbins, another champion of Beamishs music, the RSNO has also recorded two purely orchestral works, A Cage of Doves and Reckless, while the Trumpet Concerto features the same team that premièred it in 2003: the aforementioned Hardenberger and the National Youth Orchestra of Scotland under Martyn Brabbins.