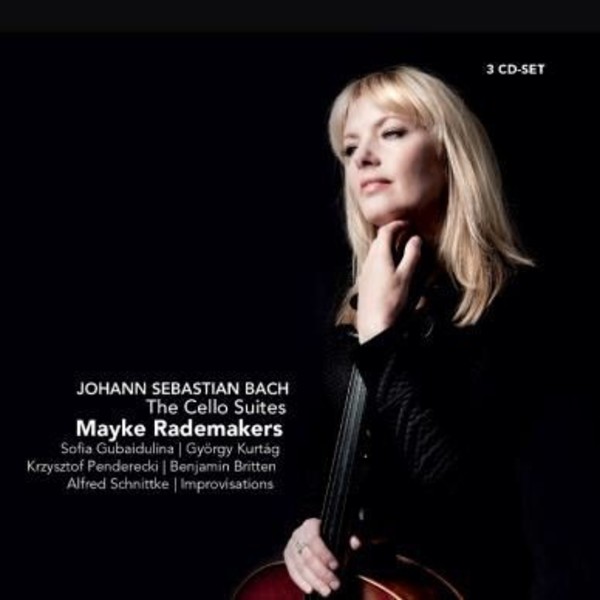 According to performer Mayke Rademakers, an authentic listening experience is, despite what we would all like to believe, simply not possible. For that reason she has strived to make a connection with today's world, by pairing the suites with works by contemporary composers, setting them in an unusual and sharp perspective.

Mayke Rademakers first undertook tuition from Hungarian cellist György Schiffer, and graduated with honours under his guidance. From the age of 16, she was a participant in the masterclasses of Andre Navarra at the prestigious summer school of the Accademia Chigiana in Siena, Italy. Her talents impressed Navarra such that she was invited to continue her studies with him in Vienna.

This was to last for two years, after which she furthered her musical development (thanks to a Fulbright grant) with Janos Starker in The United States. Returning to the Netherlands, she began to specialise in chamber music with Elias Arizcuren. Her final examination at the Academy of Music in Utrecht was awarded the school's highest honours.

Mayke has appeared as soloist in numerous recitals, chamber music concerts, broadcasts and solo concerts both in Europe and the USA (Aspen Festival). In recent times, Mayke and her duo-pianist Matthijs Verschoor were awarded the silver medal by the Societé Academique Arts-Sciences-Lettres in Paris for their dedication to French music.

Mayke plays a prize-winning instrument made by Saskia Schouten, one of the foremost violin makers of our time.