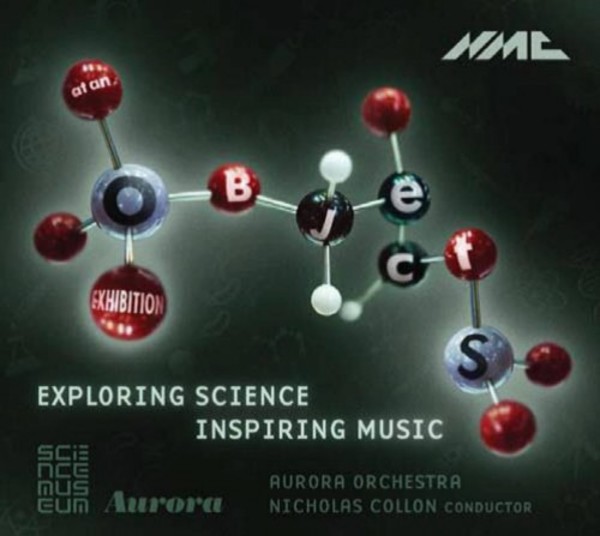 Objects at an Exhibition

Mr Babbage is coming to dinner

Mr Babbage is coming to dinner

'Objects at an Exhibition' is a landmark commissioning project by NMC Recordings, in partnership with Aurora Orchestra and the Science Museum - 'The most headline-grabbing of a series of recent announcements by NMC [that] aims to increase the audience for contemporary music ... this is an imaginative step on that worthwhile mission' (Gramophone).

Re-imagining Mussorgsky's 'Pictures at an Exhibition' for the twenty first century, these six new works, commissioned by NMC Recordings, are inspired by an object or space in London's world-renowned Science Museum. Each composer had free rein to pick an exhibit.

Thea Musgrave was attracted to the impressive Energy Hall with its C18th-19th steam engines. The result is a playful work for woodwind, brass and strings that conveys the inner workings of the vast machines.

Christopher Mayo's piece for cello, double bass and four samplers is inspired by a slate statue of RJ Mitchell (the designer of the Spitfire) in the Flight Gallery. Samples of aeroplane engines grow from distant drone to hypnotic and cachophonous noise.

The enormous but 'melancholic' quality of 2LO (the first BBC transmitter) was what first caught Claudia Molitor's eye, and after doing some research, she discovered that initially the transmission of music was prohibited and only speech was deemed acceptable. She uses BBC Sound Archive recordings from 2LO broadcasts in her piece.

David Sawer's work, with percussion  like strings, woodwind and flugel horn, conjures up vivid images of the 1830 York Mail Coach (displayed in the 'Making of the Modern World' gallery) speeding through the streets.

Gerald Barry chose an artificial arm with fingers stretched to play only octaves as inspiration  the prosthetic limb belonged to an unidentified female pianist and Barry's haunting, hypnotic composition continually repeats a two-note phrase which gradually evolves into octaves.

The graphic score, hand-drawn and partially coloured by Barry Guy, is a work of art in itself. Charles Babbage's Difference Engine and his drawings influenced Guy's piece which, unsurprisingly for a composer/bassist who has worked in free improv groups with Derek Bailey and Evan Parker, calls on spontaneity and improvisation from the 13 musicians of the Aurora Orchestra.